Depression is a brain disorder characterized by persistent sad mood or loss of interest in activities, which can cause a significant impairment on a person's daily life. More than 3 million people within the United States experience some depression. Now one actor’s battle with depression is causing a TV show to go on hold.

You would assume that appearing on a major TV show aired for millions of people around the world would be an amazing feeling and lifestyle. In fact, millions of people would do nearly anything for an opportunity to star in a TV show. But for actor Eric Dane, depression is just too much for the actor to handle.

According to Variety, Eric Dane’s hit TV series The Last Ship is now on a production hiatus due to Dane’s depression.

“Eric asked for a break to deal with personal issues,” a rep for Dane tells Variety. “He suffers from depression and has asked for a few weeks of downtime and the producers kindly granted that request. He looks forward to returning.”

According to an insider, “The Last Ship” team recently returned from a two-week spring hiatus, so with this additional halt, production will have been shut down for quite some time. However, “The Last Ship” has already been renewed for Season 4 and Season 5, each consisting of 10 episodes, and both seasons are shooting back-to-back. Per our sources, the fourth season is already wrapped and the fifth season is being shot now — so the Season 4 premiere should not be pushed back at all by this production delay. The fifth season is slated to premiere in summer 2018.

The Last Ship centers around a Navy destroyer ship and the crew following a global catastrophe that nearly kills the world's entire population. It is currently one of TNT's most popular TV shows with over 7 million viewers per episode. 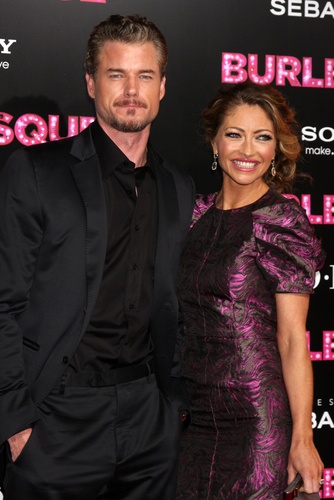 Dane has had a long history working in Hollywood. He had a major role on the hit ABC TV series Grey’s Anatomy. But, the actor has been quite open about his personal issues. In 2011, the actor entered a 30-day rehab program after battling an addiction to painkillers.

What do you think? Discuss this story with fellow Project Casting fans on Facebook. On Twitter, follow us at @projectcasting.
Previous articleThe Rock's 'Rampage' is Still Seeking New Talent
Next articleJohn Boyega Reveals How 'Star Wars' Ruined His Love Life