Emma Watson reveals that she struggles with her acting skills and feels that she's an "imposter".

Emma Watson is an international A-list celebrity. After getting discovered during an open casting call for the Harry Potter franchise film series, she has made millions of dollars starred in several feature films, and became an ambassador for the United Nations. Despite all of these accomplishments, Emma Watson still feels insecure about her acting abilities. 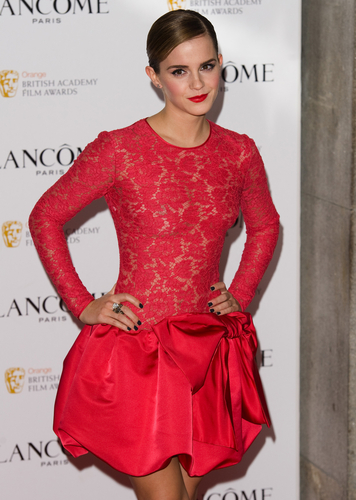 Featureflash / Shutterstock.com The Harry Potter star said she had ‘really wrestled’ with success, and that she feels like an ‘imposter’. Emma Watson, who appears on the cover of next month's Vogue said: ‘When I was younger, I just did it. I just acted. It was just there’. Debby Wong / Shutterstock.com But, Emma Watson is not alone. Her Harry Potter co-star, Daniel Radcliffe also revealed he struggled with his acting skills while filming the Harry Potter series.

“Doing Potter was an incredible blessing because it gave me this opportunity to start a fantastic career. But then the moments I’m not as proud of, mistakes other actors get to make in rehearsal rooms or at drama school, are all on film for everyone to see…” “I never liked watching myself on film but I do make myself sit through it. I think it comes from not actually realising I didn’t have to go to my own premieres and watch the film – that’s something I’ve only just realised you don’t have to do. I always went along and sat with everyone else watching the movie.” []

She also revealed that she was terrified the night before giving a key speech at the UN's New York headquarters. Andrea Raffin / Shutterstock.com 'I was in my hotel room, thinking, I can’t do this. I was just terrified. And then I skyped a friend who said, ‘Go through it again and ask yourself, if you were hit by a bus tomorrow, would you be comfortable with every single line?'" But, the United Nations ambassador role has given her a sense of "belonging and purpose', she pointed out. ’I understood what I’m here to do and knew where to channel all this energy that has been coming at me. I now feel this sense of peace. People say that I’m different since I did it. In the last few years, Emma Watson split her time between working on movies and going to school. Watson recently graduated from Brown and Oxford University and graduated from Brown with a bachelor's degree in English literature in May 2014. Joe Seer / Shutterstock.com Her modeling work has included major photo shoots with Burberry and Lancome. As a fashion consultant, she helped create a line of clothing for People Tree and she was honored by the British Academy of Film and Television Arts in 2014, winning for British Artist of the Year. That same year, she was appointed as a UN Women Goodwill Ambassador and helped launch the UN Women campaign HeForShe, which calls for men to push equal gender rights. cinemafestival / Shutterstock.com Emma Watson stars in the 2015 thriller 'Colonia,' a thriller co-starring Daniel Bruhl and Michael Nyqvist. She is currently filming on the live-action adaptation of 'Beauty and the Beast' opposite Dan Stevens as the Beast.
Previous articleHow a Regular Guy Quit His 9 to 5 to Become a Fashion Model Icon
Next articleHow an (Allegedly) Racist Casting Call Nearly Ended 'Straight Outta Compton'