HomeMoviesDon Cheadle on Directing: "I was scared. A mess. Thinking I’ll never survive"

Don Cheadle reveals what it was like making Miles Ahead.

Don Cheadle's new movie Miles Ahead hits theaters on Friday. The movie took 10 years to make, several renegotiations, casting issues, and financial problems. Despite it all Don Cheadle delivered the movie of his career. But, that doesn't mean Don Cheadle wasn't scared. Related: Don Cheadle Reveals Directing Tips He Got From His Famous Friends According to an interview with Page Six, Don Cheadle was a "nervous wreck". Apparently, the years of stress, pressure and inexperience behind the camera took a toll on the House of Lies actor. “Making it, I was a nervous neurotic wreck. Such a state that I thought I’ll never get through it. Daily, I was scared. A mess. Thinking I’ll never survive.” Related: Don Cheadle: I Was FORCED to Hire a White Co-Star The movie centers around the jazz trumpeter Miles Davis. It was created, produced, co-written, directed and starred by Don Cheadle. Consequently, if anything goes wrong, it would basically be Don Cheadle's fault. “The idea was mine so I pitched it. Opening my mouth, it then all fell to me. Filming was harrowing. For instance, a tricky boxing scene. Miles in the ring, fight scenes, body doubles, musicians, a car chase. Over two nights, each needing a different look colluded.” 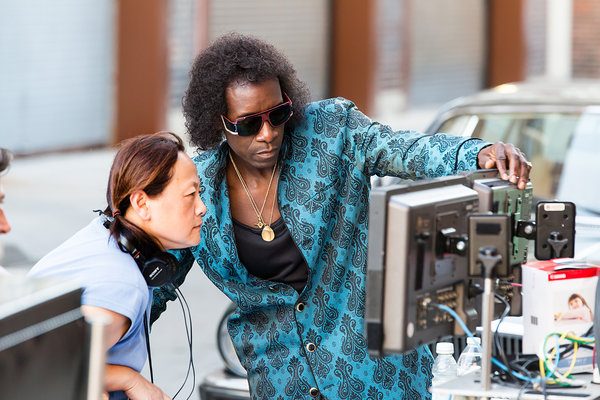 So how did Don Cheadle learn how to produce, write, and direct a movie? By paying attention to others. “For 30 years, I’ve watched things on set. Focused. Kept my eyes and ears open. Saw how everything works. What information they didn’t give me, I stole. Learn about the sound mixer. Figure how the director works. Ask questions. I was always curious. Not that you were ever ready — but you learn a lot." Related: “Miles Ahead” Starring Don Cheadle Open Casting Call Don Cheadle had a lot of responsibility in making this movie because the Davis family entrusted him with personal stories, music, and information about the legendary jazz musician.“See, my parents knew Miles. Since I was young I’ve listened to him. I never knew him personally, but I played sax in school. And when I started this production, his family gave me access to his music, pictures, stories, people he worked with — a treasure trove of material.

“But it was so tough and took so much out of me that my wife said I mustn’t do anything like this ever ever again.” You can watch a trailer for the Miles Davis biopic below: