HomeCelebritiesDaniel Day-Lewis Reveals Why He is Retiring From Acting 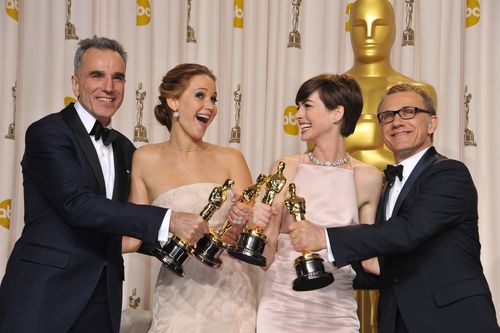 Daniel Day-Lewis has opened up about his decision to retire from acting, claiming that he had not planned on quitting before working on a movie, Phantom Thread.

“Before making the film, I didn’t know I was going to stop acting,” Day-Lewis said in an interview with W Magazine. “I do know that Paul [Thomas Anderson> and I laughed a lot before we made the movie. And then we stopped laughing because we were both overwhelmed by a sense of sadness. That took us by surprise: We didn’t realize what we had given birth to. It was hard to live with. And still is.”

Daniel Day-Lews broke the news in June. His original statement read, “Daniel Day-Lewis will no longer be working as an actor. He is immensely grateful to all of his collaborators and audiences over the many years. This is a private decision and neither he nor his representatives will make any further comment on this subject.”

Back then, Day-Lewis was unable to give an exact reason for his departure from acting. “I haven’t figured it out,” he said. “But it’s settled on me, and it’s just there…I dread to use the overused word ‘artist,’ but there’s something of the responsibility of the artist that hung over me. I need to believe in the value of what I’m doing. The work can seem vital. Irresistible, even. And if an audience believes it, that should be good enough for me. But, lately, it isn’t.”

Despite the amount of preparation Day-Lewis puts into his new movie Phantom Thread role as Reynolds Woodcock, which includes working under the costume department head at the New York City Ballet and actually sewing a Balenciaga dress, he said he has no intention of seeing the film.

“Not wanting to see the film is connected to the decision I’ve made to stop working as an actor,” he said. “But it’s not why the sadness came to stay. That happened during the telling of the story, and I don’t really know why.”

Some believe that he will return to acting one day, but Day-Lewis does not seem open to the idea. He said he had felt like quitting acting after working on other projects, and concluded that it was “uncharacteristic to put out a statement” about his retirement. “But I did want to draw a line,” he stated.  “I didn’t want to get sucked back into another project. All my life, I’ve mouthed off about how I should stop acting, and I don’t know why it was different this time, but the impulse to quit took root in me, and that became a compulsion. It was something I had to do.”

It is important to note, Day-Lewis is the only actor to ever win three best actor Oscars. He won for the title role in Steven Spielberg’s “Lincoln,” for his turn as an oil man in “There Will Be Blood,” and for his performance as writer and artist Christy Brown in “My Left Foot.” He earned two other Academy Award nominations for “Gangs of New York” and “In the Name of the Father.”

Previous articleMarvel's 'Avengers: Infinity War' Atlanta Casting Call for Child Actors
Next articleJennifer Lawrence Reveals Why She is Mean to Her Fans (VIDEO)