Daisy Ridley is known across the world for playing Rey, the scavenger from Jakku with incredible Jedi skills. Related: ‘Star Wars: The Force Awakens’ Deleted Scenes [Video> As you probably already know, that she's able to out-mind control anyone that comes her way including Kylo Ren. DFree / Shutterstock.com And it turns out, that's the scene that Daisy Ridley read to win the role of Rey. Check out the footage of her audition thanks to BuzzFeed. Related: Leaked ‘Star Wars: Episode 8’ Photos Go Viral

“What we were looking for was someone new, ” J.J. Abrams says in the BuzzFeed exclusive clip. “This character needed to be vulnerable and tough, sweet and terrified. And to find someone that no one knew who could do all these things took a lot of looking.”

JJ Abrams added, “It wasn’t until we found Daisy that we just felt like she was capable of doing all of these things this character required.”

When Ridley read for Rey, Abrams asked her to read the intense scene when Kylo Ren tries to force his way into Rey's mind, and she resists his powers using the Force. “She just blew my mind. She’s reaching this depth of struggle, and tears are streaming down her face, I thought, ‘This is unbelievable.’” 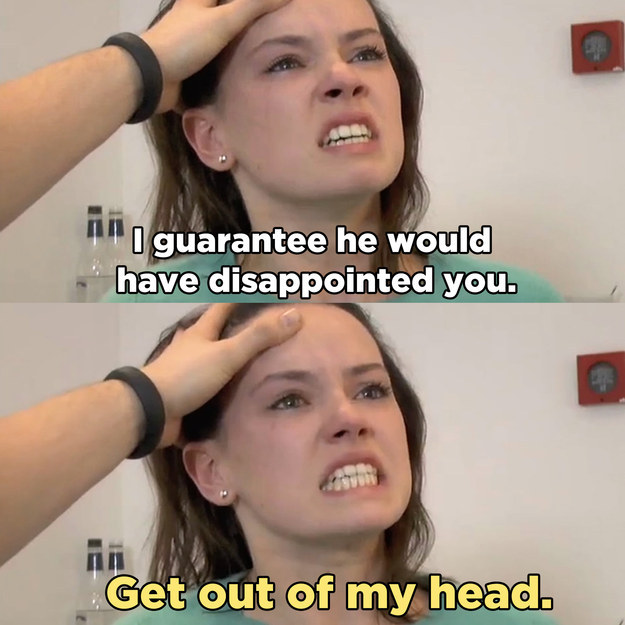 It's important to point out that thousands upon thousands of people auditioned for the role of Rey. In fact, J.J. Abrams posted a worldwide open casting call for the leading role in The Force Awakens. Apparently, Daisy Ridley was so good that she beat out even Hollywood A-listers. Star Wars Check out an interview where she describes what it was like to audition for Star Wars: If you're interested in working on the new Star Wars movie, casting directors are holding open casting calls. Check out the latest Star Wars: Episode 9 casting calls.