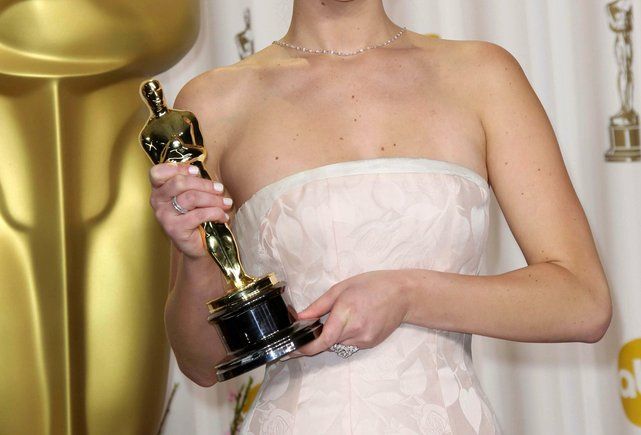 Street artist Plastic Jesus placed life-size Oscar statue on Hollywood Boulevard at La Brea Avenue on Thursday morning, at the edge of where the street will be closed ahead of Sunday's Academy Awards. But, what does the statue mean? The artist recently revealed his inspiration for his latest project:

"The piece is intended to draw attention to Hollywood’s hidden problem of drug addiction that effects hundreds of people in the showbiz industry and is largely ignored until the death of a high profile A list celebrity," [LAist>

Last year Plastic Jesus pulled a similar stunt, putting an eight-foot Oscar with a needle in his arm on Hollywood Boulevard. The statue was to highlight the death of Philip Seymour Hoffman who suffered a heroin overdose. What do you think?Discuss this story with fellow Project Casting fans on Facebook. On Twitter, follow us at @projectcasting.
Previous articleBomb Threat Shocks the Academy Awards
Next article'Orange is the New Black' Cuts Jason Biggs Out of Season 3