Chris Hemsworth says life in Hollywood was "bullsh*t" before he landed the role of Thor.

The actor recently revealed that it was "gross" how differently people treated him after he landed his role as Thor. In an interview with GQ Australia, the 31-year-old said his role as the Marvel Comics superhero "opened up every door that's available" but also exposed him to the industry's dark side. “It’s bulls**t,” he said of his experience being a relative unknown in the industry. “I remember how differently people treated me when things went well. Some directors and producers who never gave a s**t — at best, they’d have given me a sideways glance — next time I saw them, they’re my best friend. That’s gross.” 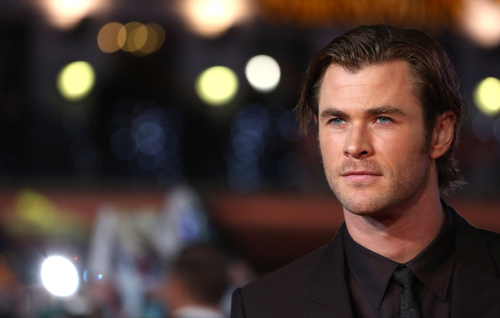 Featureflash / Shutterstock.com Chris Hemsworth, who is also a father of three young children revealed his distate for the paparazzi. “When I’m with my kids and someone is scaring my kids — which is what they’ll do — that gets me fired up. The hairs on the back of my neck stand up,” he said. “I get hot, I get flustered. And in the States, they’re there, 24/7, at the gate, six feet away when you take out the rubbish. “I don’t give a f**k what anyone says — you’re not a bonus to my career,” he added, referring to the paps.

Chris Hemsworth also revealed that becoming an A-List actor isn't everything that he expected it would be. “You get to Hollywood, you achieve something and then you realise, ‘S**t, it didn’t actually bring me the happiness I thought it was going to, it didn’t fix anything. Look, I mean I don’t wake up, look in the mirror and go, ‘Yep, all is perfect.’” “You start to think of it as the norm, that this is how people are — and that’s the danger. If this is life, I’m not raising my kids like this.” Hemsworth is now among the Top five highest paid male actors in Hollywood. He was photographed in Sydney, Australia for the GQ shoot. The February edition is out Monday. Discuss this story with fellow Project Casting fans on Facebook. On Twitter, follow us at @projectcasting.
Previous articleHow to Raise Your Kid to Become a Successful Child Actor
Next articleLos Angeles Police is Cracking Down on Talent Scams