HomeCelebritiesChelsea Handler: I Had Two Abortions at 16 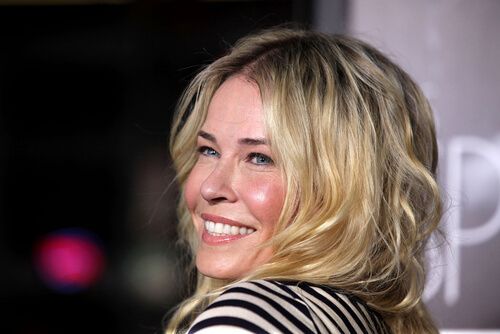 Chelsea Handler reveals she had two abortions when she was a teenager.

Actress, comedian and talk show host, Chelsea Handler, has revealed she had two abortions when she was only 16 years old. The talks how host said she was going through a "very bad stage" in her life when she hated herself and was having unprotected sex with her boyfriend. In an open essay for Playboy magazine, she said she initially wanted to have a baby but her parents said it was "ridiculous" to have a kid at that age because she could not even find her way home at night. 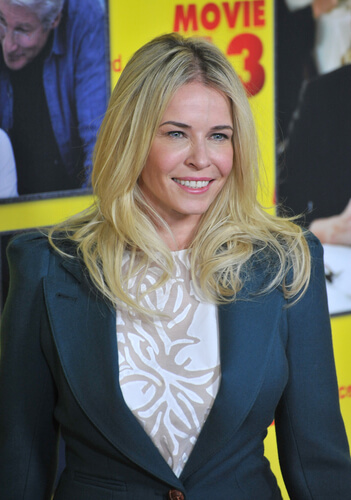 Chelsea Handler at the Los Angeles premiere of "Movie 43" at Grauman's Chinese Theatre, Hollywood. January 23, 2013 Los Angeles, CA Picture: Paul Smith “I felt parented, ironically, while I was getting an abortion,” Chelsea wrote. “And when it was over, I was relieved in every possible way.” The host of Chelsea on Netflix said she fell pregnant for a second time with the same guy and decided to to "scrape together" $230 to pay for another abortion. “Getting unintentionally pregnant more than once is irresponsible, but it’s still necessary to make a thoughtful decision,” she wrote. LOS ANGELES, CA - JUNE 30, 2011: Chelsea Handler at the Los Angeles premiere of "Horrible Bosses" at Grauman's Chinese Theatre, Hollywood. June 30, 2011 Los Angeles, CA (Jaguar PS / Shutterstock.com) “We all make mistakes all the time. I happened to f*** up twice at the age of 16. I’m grateful that I came to my senses and was able to get an abortion legally without risking my health or bankrupting myself or my family. LOS ANGELES, CA - SEPTEMBER 12, 2010: Chelsea Handler at the 2010 MTV Video Music Awards at the Nokia Theatre L.A. Live in downtown Los Angeles. (Jaguar PS / Shutterstock.com) “I’m 41 now. I don’t ever look back and think, ‘God, I wish I’d had that baby’.” Chelsea says her experience as a teenager made it "infuriating" when she heard politicians make "bogus promises" about overturning pro-choice legislation in America. “Like millions of women, I can live my life without an unplanned child born out of an unhealthy relationship because of Roe v Wade,” she wrote. “It’s infuriating to hear politicians make bogus promises about overturning this ruling that has protected us for more than 40 years. WASHINGTON MAY 1 - Chelsea Handler and Katie Couric at the White House Correspondents Association Dinner May 1, 2010 in Washington, D.C. (Rena Schild / Shutterstock.com) “Once you go forward in history, you don’t go backward. It’s okay if you think it’s not right for women to have abortions — but it’s not your problem, because we decide.” Recently, the Supreme Court issued their strongest defense of abortion rights in 25 years on Monday as it struck down a Texas law that sharply reduced abortion clinics. A majority of justices rejected the state's arguments that its 2013 law and follow-up regulations were needed to protect women's health. The rules required doctors who perform abortions to have admitting privileges at nearby hospitals and forced clinics to meet hospital-like standards for outpatient surgery. Related: What do you think? Share with us your thoughts in the comments below.
Previous article'Suicide Squad' is the Most Talked About Movie on Social Media
Next articleDaniel Radcliffe Says He Wants to Play Harry Potter Again