Insiders told TheWrap on Tuesday that the studio had been in the process of testing young actresses to star alongside Tatum, including Lea Seydoux, when the deal with Tatum hit a snag. At the time, the individual suggested that director Rupert Wyatt may have found himself in the market for a new leading man as well. Backend profits and Tatum’s extended involvement with the “X-Men” franchise beyond the “Gambit” spinoff are said to be at the source of disagreement during final stages of negotiations.

There you have it. And your chances of becoming the next 'Gambit' have evaporated in thin air just like the rumor that Channing Tatum was leaving the project.

Days after a casting call for the upcoming Marvel 'Gambit' was released online, The Wrap reports that Channing Tatum's future as a superhero is now in jeopardy. According to reports, the studio has been auditioning several actresses alongside Channing Tatum, but the director, Rupert Wyatt now plans on finding a new Gambit.

The studio had been in the process of testing young actresses to star alongside Tatum, including Lea Seydoux, but insiders suggest that director Rupert Wyatt will soon have to find a new leading man. One individual close to the project told TheWrap that Tatum’s reps are still in active discussions with the studio but acknowledged that “something is up.” The situation will have to be resolved quickly, as “Gambit” is slated for release on Oct. 7, 2016.

Channing Tatum recently appeared at Comic Con to hype up his new movie 'Gambit', a character that was originally played by Taylor Kitsch in 2009’s “X-Men Origins: Wolverine.” 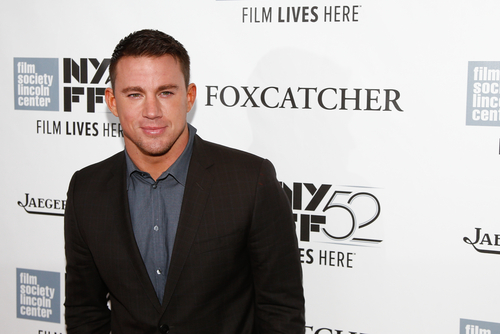 Debby Wong / Shutterstock.com For the last few years Channing Tatum has been calling for the role of 'Gambit'. However, Channing Tatum may have bigger dreams outside of acting. In a recent Grantland profile, Reid Carolin, Tatum's producing partner, said that he and Tatum are planning to make their directorial debut soon, so it’s very possible that the star’s desire to be behind the camera is a major issue for Marvel and Rupert Wyatt. We will keep you updated on all future casting calls, including the leading role of 'Gambit'.
Previous articleConan is Getting Sued for Allegedly Stealing Jokes From Twitter
Next articleGeorgia Faces New Competition in the Film Industry...from Georgia?