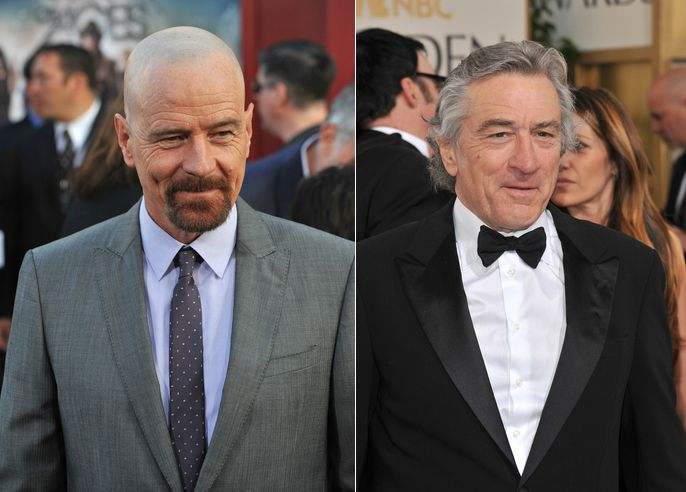 The first new series is Sneaky Pete by Bryan Cranston. According to The Hollywood Reporter, Bryan Cranston wrote the pilot and will executive produce the production alongside the creator of House:

It revolves around a thirty-something con man who, after leaving prison, takes cover from his past by assuming the identity of his cellmate. “Sneaky Pete” hides from the mob while working for the cellmate’s family bail bond business and takes down criminals worse than himself — discovering a family life he’s never had and love with a woman who sees through his nonsense.

The second series is based on the James Patterson novel, The Thomas Berryman Number. The title is currently titled For Justice, and James Patterson will serve as the executive producer alongside Robert De Niro.

For Justice centers on a FBI agent working in the criminal section of Department of Civil Rights — caught between her radical family she was born into and the professional life she’s made for herself. (Via)

While a lot of these TV pilots sound very similar to previous series that were cancelled due to poor ratings, it looks as though more and more actors are getting involved in the production business. What do you think? Discuss this story with fellow Project Casting fans on Facebook. On Twitter, follow us at @projectcasting. Image Credit: Featureflash / Shutterstock.com
Previous articleJennifer Lawrence: 'Hunger Games' Was A "F**king Failure"
Next articleLucasfilms Tracking Down Person Who Posted Star Wars 7 Photos