Cate Blanchett is going to star in an authorized biopic of Hollywood legend Lucille Ball, according to TheWrap.

The movie will center around Lucille Ball's 20-year marriage to Desi Arnaz, with whom she starred on the classic TV series "I Love Lucy." Ball had two children with Arnaz before they divorced in 1960. She married Gary Morton the year after. 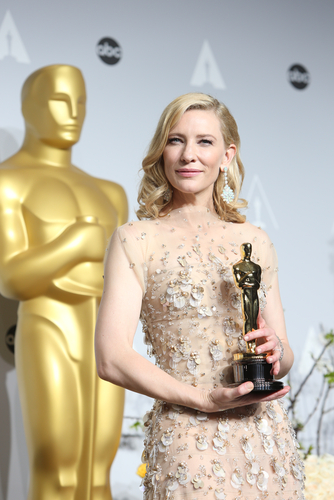 Helga Esteb / Shutterstock.com Casting director's may have made an excellent decision by casting Cate Blanchett. Blanchett won the first of two Academy Awards for playing another Hollywood star, Katherine Hepburn in Martin Scorsese's The Aviator. She is currently getting ready for another Oscar award for the movie Carol. Cate Blanchett also stars opposite Robert Redford in the Toronto-bound drama "Truth" and co-stars in a pair of upcoming Terrence Malick movies.

The movie will be written by Aaron Sorkin the mastermind and Oscar winner for writing "The Social Network". Sorkin also wrote the upcoming Steve Jobs movie that stars Michael Fassbender and hits theaters on October 9th.
Previous articleDonald Trump: I Hope to Run Against Kanye West in 2020
Next articleIs Taylor Swift's 'Wildest Dreams' Music Video Racist?