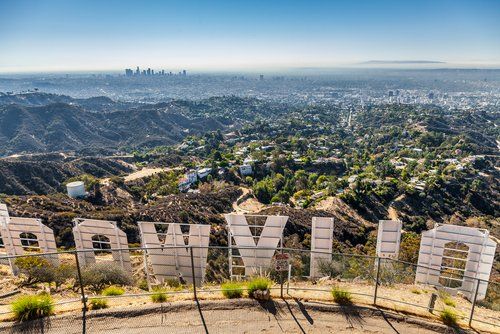 A new petition is going viral calling for Los Angeles officials to crackdown and stop pay-to-work casting scams in Hollywood. According to reports, after an investigation into the allegedly "illegal" acting workshops held throughout the country by casting directors, many actors are calling for Los Angeles' city Attorney Mike Feurer and Rigo Reyes, Chief of Investigations to look into the acting workshops business. Related: ‘Vampire Diaries’ Casting Director Cancels Classes After “Illegal” Workshops From The Petition Site:

What if you had to PAY just to interview for your job? A recent investigation by The Hollywood Reporter highlighted the rampant problem of so-called "Casting Director Workshops," where actors pay a fee (often $50 or more) to perform a scene in front of casting directors that cast major TV shows and films. These sessions are touted as "educational workshops," but it's no secret what they are: pay-to-play auditions that can lead to paid acting roles.

This news comes after a popular and and powerful casting director was allegedly fired from CBS Criminal Minds after holding acting workshops. According to California state law, the Krekorian Talent Scam Prevention Act, which became effective six years, makes it explicitly illegal to exchange money for the possibility of getting a job in California. And according to the petition, casting directors are breaking the law. Related: ‘Criminal Minds’ Casting Director Fired After “Illegal” Workshops

Despite this requirement, more than two dozen companies currently offer pay-to-play "workshops" in Los Angeles, where "instructors" post flimsy disclaimers which caution actors that they are not auditioning for a job - even though it's clear they are.

Despite this alleged scam, Los Angeles City Attorney and Department of Consumer Affairs has not investigated nor prosecuted a single case against pay-to-play companies, which is the reason behind the petition. Their goal is to pressure producers, networks and studios to "provide casting directors with ample resources to cast their projects, instead of sticking struggling actors with the bill. "

Here's a copy of the full petition:

I urge you to begin immediate public investigations and prosecutions of pay-to-play casting scams.

Thank you for your prompt attention to this matter. We look forward to hearing from you.

Sincerely, [Your name] Since, writing this article over 9,500 have signed the petition calling for the investigation into pay-to-play acting workshops held by prominent and powerful casting directors. Actors left comments in the petition bashing the casting director workshops. Related: Are Casting Director Acting Workshops Illegal?

These workshops not only exploit working actors by preying on a desperate hope for work (which is unconscionable during already tough economic times), they restrict the creative potential of L.A.'s most recognized industry by barring actors at the door based on the contents of their bank accounts. - Daniel Trump

This news comes after the casting director behind CBS Criminal Minds was allegedly fired from the show following an investigation by The Hollywood Reporter. Scott David started his own acting classes called The Actors Link “which charged those seeking roles on his show and others for audition classes taught by those concurrently in a hiring position on network, cable and streaming shows.” And just last night, casting director of The Vampire Diaries cancelled all acting workshops in Atlanta, Georgia. According to the previous investigation, one source revealed that “Half the people that are on network television today paid for their job interview — the one-liner roles.” In fact, this problem is so wide spread that the actor’s union, SAG-AFTRA and the Casting Society of America are worried about the workshops. But, they are left powerless unless, city officials act or even prioritize the issue.

Previous article5 Famous Actors Who Were Once Homeless
Next articleDoes 'Fear The Walking Dead' Have a Serious Ratings Problem?