Model Myla Dalbesio first started posing for Calvin Klein in 2014. She was praised as the brand's 'first plus-sized model' at the time. And two years later, model Myla Dalbesio has found herself in the spotlight after actress Catherine Tydesley reignited the debate when she expressed her horror at her casting. 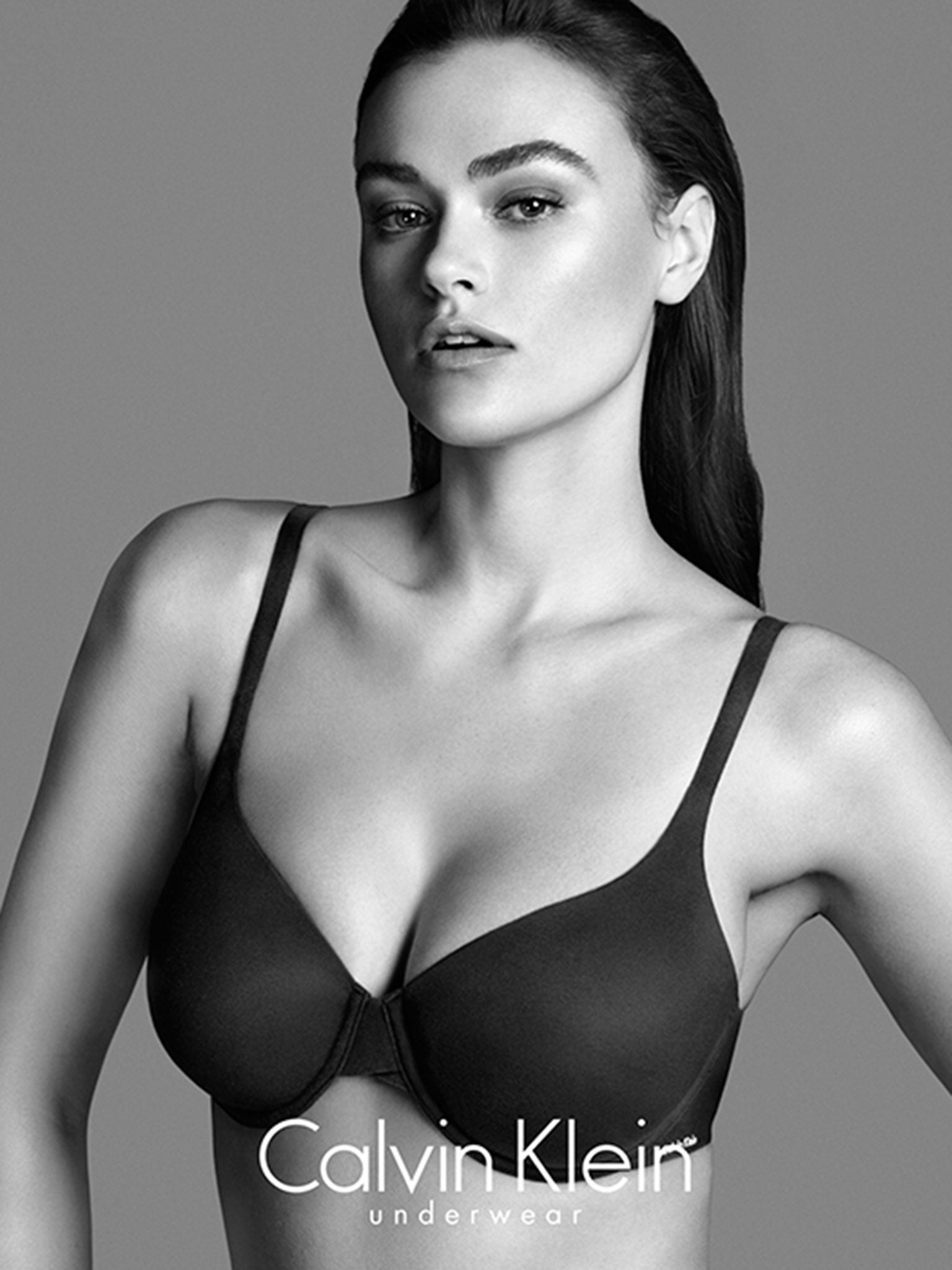 The 29-year-old model, who has posed for Vogue and Elle, famously starred in a 2014 underwear commercial alongside several supermodels including Jourdan Dunn and Lara Stone. At the time many people in the fashion industry labeled her as a "plus-size" model despite being a size 10. This would spark outrage in the fashion community with even Myla calling herself "normal-size". Now closer to a size 8, Myla has since said: 'In the fashion industry there was no space for anyone in between a size 0 and four and the 12 plus, so the only boards that would except girls of my size is plus-size boards and that’s how women my size ended up becoming part of that category.

'This whole controversy is starting a greater conversation towards more inclusive fashion.'

But on Wednesday, Coronation Street actress Catherine, tweeted a meme with images from the campaign and the words 'Calvin Klein's first plus size model'. She wrote: 'Tell me this is a joke?? PLUS size?!?! Congrats on giving another generation of girls eating disorders/ insecurities.'   While Calvin Klein never called Myla a "plus-size" model, she was reportedly signed up at Ford models as a plus size, before taken on as an "in-betweenie" at Jag Models, according to Daily Mail.

Speaking on the Today Show in 2014, Myla defended Calvin Klein saying: "I think that Calvin Klein has done something that's really groundbreaking, which is they released this campaign with what some would say is a normal-size model, a size 10 (UK 14). And size-10 girls, there's not a lot of spots for us to fit in in the fashion industry."