Actor Shia LaBeouf is at it again. This time he has launched a performance artwork, asking fans and random people to call him and "touch his soul."

The Hollywood actor has set up his own call center in the city's Fact gallery, where he and his two artistic collaborators will take calls. They will be at their desks from 11:00 and 18:00 GMT from Thursday to Sunday. Those interested in calling LaBeouf, you can call him at 0151 808 0771 Others can visit the gallery to see the event unfold in person, or you can watch a live stream of LaBeouf and see notes of the trio on Touchmysoul.net The trio are part of a group exhibition titled Follow, which opens to the public at Fact on Friday.

asks: "In a world where we use Instagram and Twitter 'likes' to assess who and what is important, and fame is just a click away, what impact is the internet really having on how we think about ourselves and those around us?" 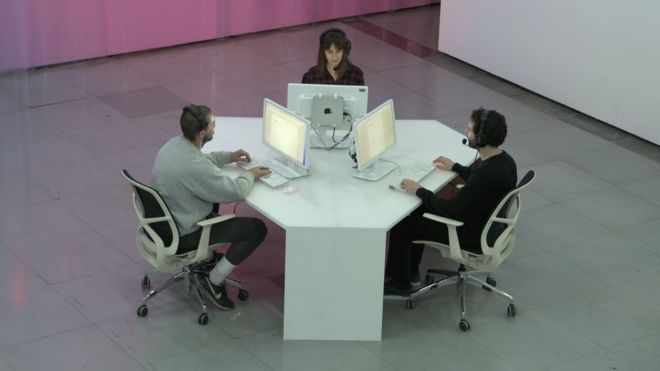 LaBeouf became a household name after the Transformers franchise movies, Wall Street: Money Never Sleeps and Indiana Jones and the Kingdom of the Crystal Skull. But, in the last two years, the actor has become known more for his art performances that examine the difference between a celebrity's persona and real life. 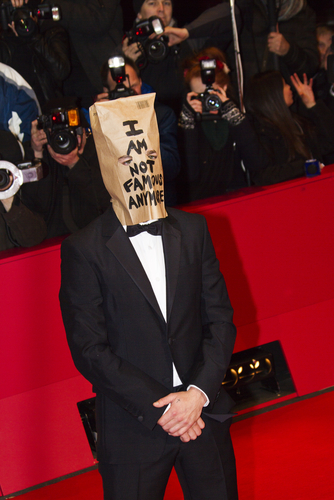 Shia Labeouf (cinemafestival / Shutterstock.com) For example, he wore a paper bag over his head with the words "I am not famous any more" over his head at the Berlin Film Festival red carpet, set up a live stream for people to watch him watch all his movies one after another, and sat silently in a gallery where people can come and say whatever they wanted to him. s_bukley / Shutterstock.com He also gave a motivational speech urging people to "just do it!" which went viral in a manner of seconds. Some critics say that his recent performances are stunts set up to distract people from the fact that he plagiarized a short film, two years ago. But, the actor told The Guardian his performance art pieces arise out of "an animalistic urge to express love that I can't express in film".
Previous articleLate Show with Stephen Colbert Ratings Down 45%
Next articleJaden Smith Reveals His Favorite Movie and It's NOT What You Would Expect