If you sold out shows to one of the hottest Broadway shows in nearly a century, then you would assume that talent agents, casting directors, and producers would be knocking your door down to cast you for the latest movie, TV show or Broadway show. But, for Leslie Odom Jr. the opposite is happening as the actor is struggling to find work outside of Hamilton. 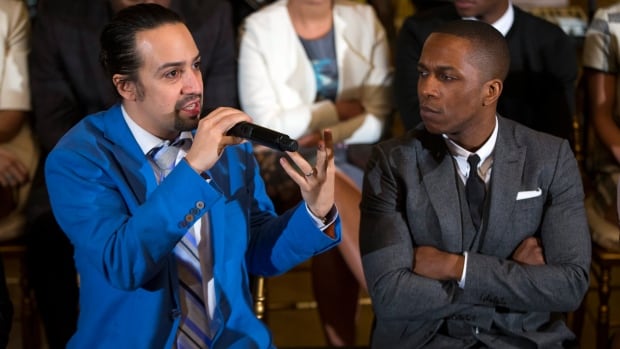 According to a recent interview, actor Leslie Odom Jr. says that if he was a white actor, then he would have more opportunities.

I imagine if a white actor were having a similar situation to what I’m having, with the kind of success of the show, there might be three or four offers a week for the next shows you’re going to do. There are no shows for me to do. There’s just no roles.”

But, Odom Jr. is not alone. Recently, The Walking Dead's only Asian-American actor, Steven Yeun, bashed Hollywood for not casting him for any other movies, TV shows or Broadway plays. According to an interview with TheWrap, Yeun pointed out that despite working on the most watched TV show currently on television, he is struggling to find more auditions.

“People ask, ‘So, how are the roles now? You must be getting so many.’ And it’s like, I don’t know if you know, but I’m Asian still,” Yeun told TheWrap earlier in July, laughing. “It’s not a complaint, that’s just how it is now, and I have to forge my own path through it and see that through. I think that if I had not been Asian, I probably would have a whole plethora of roles, at least to audition for, but it’s just not what has been written.”

More and more actors are revealing that even having a lead role in a popular TV show or Broadway play does not guarantee success in Hollywood.

What do you think? Share with us your thoughts in the comments below.
Previous articleActresses Reveal What It's Really Like to Work with Michael Bay
Next articleAtlanta is the 3rd Fastest Growing City in America