Hollywood is no longer interested in American actors and talent any more. According to a new report, top Hollywood agencies are looking at foreign talent before U.S. born actors and actresses.

According to Variety, foreign talent in Hollywood movies and TV shows have hit a record high, which is forcing talent agencies to look outside of the United States for actors. From Variety:

“The world of acting has gotten much smaller,” says UTA’s Theresa Peters. “When a film gets made, whatever the language, casting agents are able to cast the net wider” because of Skype and digital auditions.

Michael Douglas recently pointed out that British and Australians are taking over Hollywood and he's not lying. A large majority of popular feature films are being starred by foreign actors. For example, Ava DuVernay's Best Picture nominee about the 1965 American civil-rights movement, was portrayed not by an African American actor but, by British actor, David Oyelowo. In addition, the supporting cast members were all British actors including Carmen Ejogo, Tom Wilkinson, and Tim Roth. But, 'Selma' is not the only movie to feature a large majority of British actors. '12 Years a Slave', a movie about 19th-century free black man tricked and trafficked into Southern slavery starred several British actors, including Chiwetel Ejiofor, Benedict Cumberbatch, and German-born, Irish-raised Michael Fassbender. In fact, the upcoming 'Steve Jobs' biopic will star Michael Fassbender as Steve Jobs. 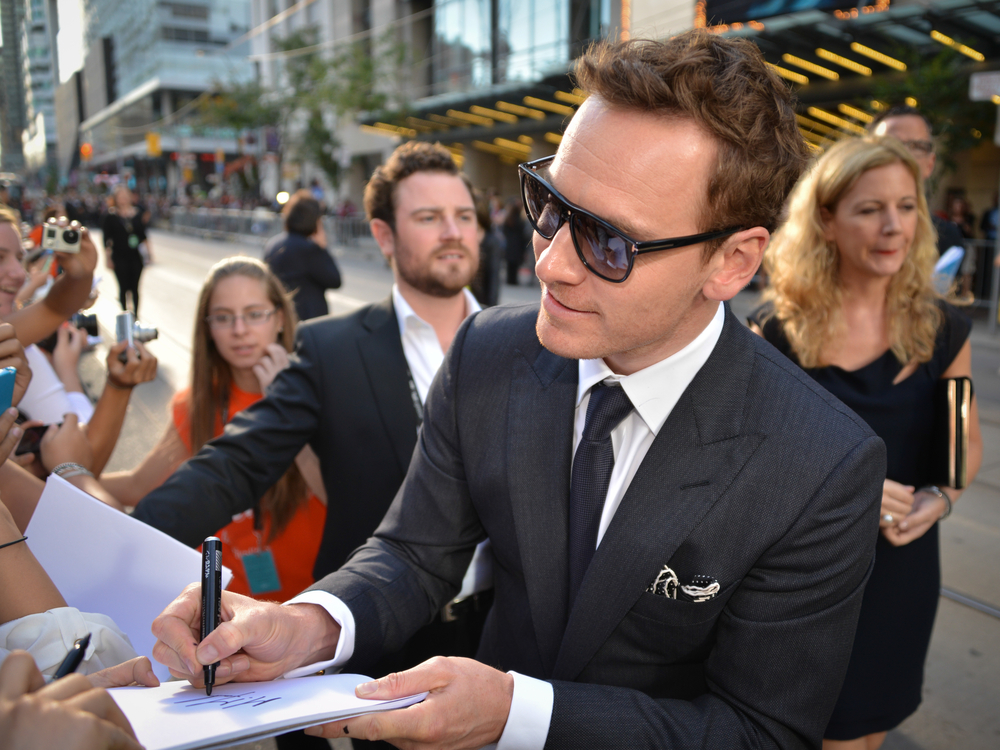 Photo Credit: CanadaPanda/Shutterstock So, it begs the question- why are so many casting directors and talent agencies choosing foreign actors over American actors? Well, the rise of video auditions have allowed for anyone in the world to audition for a role. Also, a large majority of Hollywood producers are not American.

The trend is partly due to actors and directors wanting to work as much as possible in the United States, Europe and Asia. But the economics of Hollywood studios, which are more and more driven by expensive blockbusters, also factors into the equation, having opened the door for mid-budget English-language movies — made by European producers, with a mixed cast of U.S. and European actors.

In addition, European actors are trained differently than American actors.

For decades, there were two major schools of thought when it came to acting: the Classical, which was best epitomized by Laurence Olivier, and the Method, which revolutionized the art form in America once James Dean and Marlon Brando brought it to the big screen. Classical was more of an outside-in approach, which emphasized a more presentational style associated with the stage. Method, rooted in Constantin Stanislavski’s theories, was more naturalistic, more inside-out. “For many years, there was a schism,” says James Lipton, a pupil of Stella Adler’s teachings and the longtime host of Inside the Actors Studio. “The British stressed training in voice and posture and the physical attributes, whereas the American training is deep rooted in the actor’s emotions.”

As video auditions gain in popularity and foreign entrepreneurs become increasingly interested in the movie business, it may become harder and harder for American actors to land leading roles in feature films and TV shows. It may be an actor's best interest to move to London for training as well as the foreign mailing address.
Previous articleNetherlands New Tax Incentive May Boost Europe's Film Industry
Next articleAMC Renews 'Humans' For a Second Season