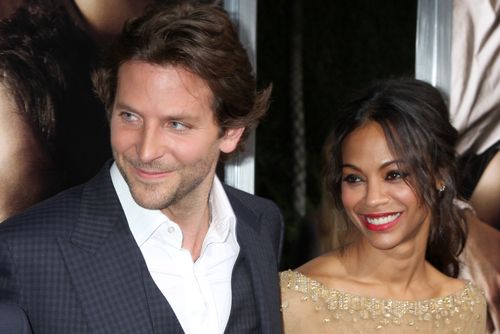 Bradley Cooper is headed to Georgia to shoot scenes alongside Clint Eastwood for his new Atlanta-filmed movie The Mule.

Cooper was spotted at work on Tuesday working on scenes filming in Atlanta. The 43-year-old actor reportedly arrived on set in the early hours of the morning.

Clint Eastwood’s next movie The Mule is based on the life of 90-year old drug courier Leo Sharp. Sharp was an award-winning horticulturist and decorated WWII veteran known for his prized daylilies when he was busted for running drugs for Mexico’s Sinaloa Cartel, and sent to prison at the age of 90. He was transporting $3 million worth of cocaine through Michigan in his beat-up old pickup truck when he was arrested by the DEA. Sharp was sentenced to just three years after his lawyer argued that his client’s dementia sent him down the wrong path. Clint Eastwood previously worked with Bradley Cooper in the movie American Sniper. American Sniper is a 2014 war drama directed by Clint Eastwood and written by Jason Hall. It is loosely based on the memoir American Sniper: The Autobiography of the Most Lethal Sniper in U.S. Military History(2012) by Chris Kyle, with Scott McEwen and Jim DeFelice. The film follows the life of Kyle, who became the deadliest marksman in U.S. military history with 255 kills from four tours in the Iraq War. At the 87th Academy Awards, American Sniper received six nominations, including Best Picture, Best Adapted Screenplay, and Best Actor for Cooper, ultimately winning one award for Best Sound Editing. Related: What do you think? Discuss this story with fellow Project Casting fans on Facebook. On Twitter, follow us at @projectcasting.
Previous articleSTARZ New TV Series Open Casting Call for the Lead Speaking Roles
Next articleNew York Audition: CBS New Series 'The Code' Open Casting Call