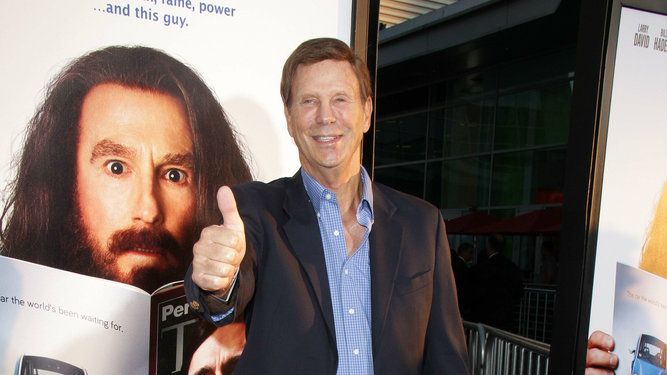 According to The Hollywood Reporter Bob Einstein died at the age of 76. The two-time Emmy-winning writer and actor who had a recurring role on HBO’s hit Larry David comedy Curb Your Enthusiasm has passed away.

His younger brother, a fellow comedian and actor Albert Brooks, tweeted on Wednesday "R.I.P. My dear brother Bob Einstein. A great brother, father, and husband. A brilliantly funny man. You will be missed forever."

Curb Your Enthusiasm co-star Richard Lewis wrote on Twitter, "His long career is hard to match. His role on #curbyourenthusiasm was excruciatingly brilliant! Our cast and crew will be devastated. He was so loved. He told me how much he loved LD and Curb. RIP buddy."

The show would lead to Martin to win his first Emmy for writing. He would later go on to receive Emmy nominations in writing for The Sonny and Cher Comedy Hour and on Dick Van Dyke’s Van Dyke and Company in the 1970s.

Steve Martin said "Connecting with Bob changed my career. We spent almost 24 hours a day together talking about bits and ideas. We became a really solid writing team. And he stood up for me."

Einstein had a recurring role on Larry David’s HBO comedy series since the fourths Eason and was one of the many actors to reprise their roles in the 2017 comeback season. Marty was a longtime friend and often an antagonist to Larry David’s TV character, who played a large role in the ninth season as more of his family members, the Funkhousers, were introduced. A storyline also centered around his girlfriend who became an adversary to Larry David by season 9.

Curb Your Enthusiasm is currently in its upcoming 10th season. Einstein is survived by Roberta Einstein, his wife of over 40 years; daughter Erin Einstein Dale and son-in-law Andrew Dale; and grandchildren Ethan and Zoe. He also is also survived by older brother Cliff Einstein.