HomeMovies'Birds of Prey' Falls Flat at the Box Office 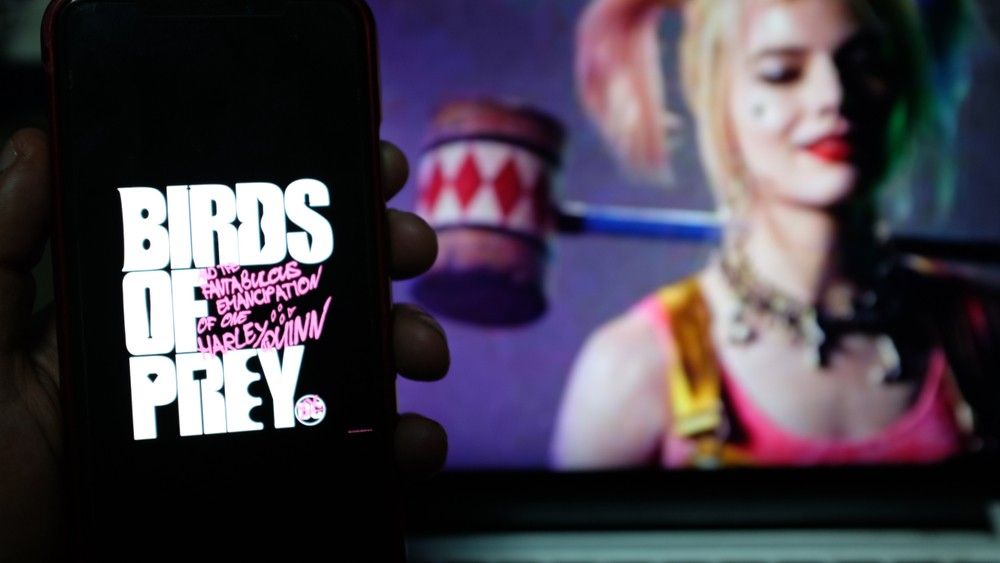 Smart phone with a logo of Birds of Prey which is a Harley Quinn movie comics character next to be released in 2020. United States, California. Tuesday, October 29, 2019 (Editorial credit: DANIEL CONSTANTE / Shutterstock.com)

Birds of Prey and the Fantabulous Emancipation of One Harley Quinn flopped in its box office debut over the weekend, earning a lukewarm $33.3 million from 4,236 theaters to mark one of the lowest domestic launches in recent history for a studio superhero pic notwithstanding strong reviews. The female-film did not do well overseas. The movie earned 48 million from 78 markets for a global start of $81.3 million. That said, the coronavirus is impacting box office earnings in Asian markets outside of China, including South Korea, where Birds of Prey grossed a muted $1.9 million. The movie never meant to have huge earning with an R rating. That said, Warner Bros. had been tracking to start off with at least $50 million in North America and $60 million or more offshore. That said, the movie will at least come in No. 1 in the box office. Cathy Yan directed the 'Suicide Squad' spinoff, which features Margot Robbie reprising her role as Harley Quinn. The movie features Jussie Smollett's sister, Jurnee Smollett-Bell (as Black Canary), Rosie Perez (as Renee Montoya), Mary Elizabeth Winstead (as Huntress) and Ewan McGregor also star. This is the lowest box office opening in the DC Extended Universe since 2019's 'Shazam!' with $53 million. Among other superhero titles with low box office openings include 'Dark Phoenix' which made $32.8 million in the United States at a higher budget than 'Birds of Prey'. Hopefully, 'Birds of Prey' will make additional revenue during President's Day weekend and in future weeks. Birds of Prey earned strong reviews while receiving a B+ CinemaScore. In August 2018, Black Mask was announced as the main villain and will be played by Ewan McGregor. In April 2018, Warner Bros. hired Cathy Yan to direct the feature film with principal photography set to begin on January 15, 2019, and February 7th. Filming took place in Los Angeles under the working title of Fox Force Five.  According to IMDB, the casting was done by Rich Delia. Delia was born and raised in Long Island, New York. He attended Carnegie Mellon University and the University of Florida where he received a BFA degree. Returning to New York City after college, he acted in several off-broadway plays. Then by 2011, Delia started working as a casting director. Some of his biggest casting production titles including Dallas Buyers Club, The Disaster Artist, IT, Tag, and The Nun. According to the Hollywood Reporter, the movie had many challenges. Reshoots were ordered after the studios saw the first cut. 'John Wick' director Chad Stahelski was hired to work alongside Yan to add more action to the movie. Warner Bros. has struggled to find a hit movie. The biggest exception is 'Joker', which is a hit at the 92nd Academy Awards. Meanwhile, Sony hit 'Bad Boys For Life' fell to No. 2 in its fourth weekend with $12 million for a domestic cumulative total of $166.3 million and an extraordinary $336.3 million globally after clearing in another $48 million overseas. Continue Reading:

Warner Bros. Pictures released a new trailer for 'Birds of Prey (And the Fantabulous Emancipation of One Miss Harley Quinn)', showing Harley Quinn meeting a group of women looking to free themselves from a...

Margot Robbie’s ‘Birds of Prey’: How to Audition for a Speaking Role