Benedict Cumberbatch argues that the U.K. is worse for aspiring black actors and lacks diversity in comparison than Hollywood actors. 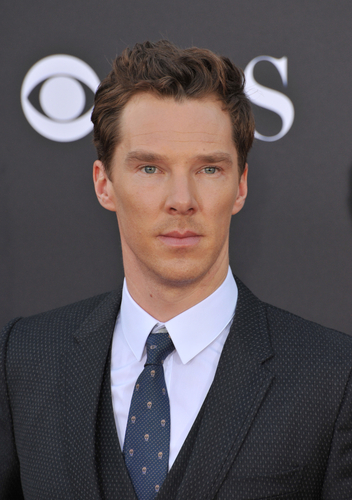 Following the recent list of Oscar Award nominations and the lack of diversity within the list, a growing debate has erupted from the streets of Hollywood and spreading across America calling the TV film industry racist. Amid all of the controversy, Benedict Cumberbatch claims that the U.K. actually lags behind Hollywood when it comes to opportunities for black actors. Read more: Academy Awards Racist? All Acting Nominees are White From The Hollywood Reporter:

Speaking on the Tavis Smiley PBS talk show, the Sherlock star and Oscar nominee said: "I think as far as colored actors go it gets really different in the U.K., and a lot of my friends have had more opportunities here [in the U.S.> than in the U.K. and that’s something that needs to change." The actor added: "Something’s gone wrong, we’re not representative enough in our culture of different races and that really does need to step up a pace." "I don’t want to get into any debates about that, but it’s clear when you see certain migratory patterns that there are more opportunities here than in the U.K.," Cumberbatch added.

Benedict Cumberbatch is currently in the running for best actor at next month's Academy Awards. While, Rosamund Pike and Kiera Knightley are up for best actress and best supporting actress respectively. What do you think? Discuss this story with fellow Project Casting fans on Facebook. On Twitter, follow us at @projectcasting.
Previous articleSAG Awards 2015: The Full List of Winners
Next articleOscar Winning Actress Now Struggling to Pay Rent