HomeCelebritiesBen Affleck Opens Up About Alcoholism, Family, and Divorce

Ben Affleck reveals details about his experience in rehab.

The Oscar-winning writer/actor/director has come a long way from working as a background actor in the movie "Field of Dreams". Affleck has returned to rehab last fall to address his struggle with alcoholism and during "Today" he opened up about getting his life back on track. "It doesn't really bother me to talk about alcoholism and being an alcoholic," he said when TODAY host Hoda Kotb pointed out the fact addiction is considered more of a disease that is managed rather than cured. "It's part of my life, something that I deal with. It doesn't have to subsume my whole identity and be everything but it's something you have to work at." 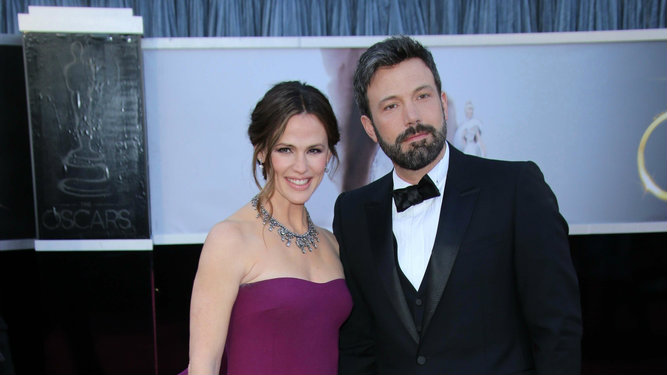 s_bukley / Shutterstock.com He continued, "I had a problem and I really wanted to address it. I take some pride in that ... It's about yourself, your life, your family. People encounter these kinds of hurdles and we have to deal with them." Affleck commented he still loves his ex-wife Jennifer Garner.  "She's wonderful. Somebody's the mother of your kids, they're going to be the most important, central person in your life, and that's good.” The couple announced their separation in 2015 and jointly filed for divorce in 2017 after 12 years of marriage. However, Garner, who drove her ex-husband to rehab, postponed the divorce until Affleck completed his 40-day treatment. Affleck, who is 46, called Jennifer Garner a "great mom" on "Today" and said she "helps out a great deal with making sure that we co-parent in as good a way as possible." Ben Affleck's new Showtime series is now filming in New York City. The new Showtime series City on a Hill is executive produced by Tom Fontana, Ben Affleck, Matt Damon, Jennifer Todd, James Mangold, Barry Levinson, and Michael Cuesta. According to Deadline, the series is written by Chuck MacLean (Boston Strangler) and is based on an original idea by Ben Affleck. City on a Hill is set in the early 1990s Boston when “the city was rife with violent criminals emboldened by local law enforcement agencies in which corruption and racism was the norm, until it suddenly all changed.” Related:
Previous article"Riverdale" Star Luke Perry Has Died
Next articleNBC's "Chicago PD" is Now Hiring Chicago Actors to Play Church Goers