HomeEntertainment NewsAva DuVernay and Oprah Creating Drama Series for OWN 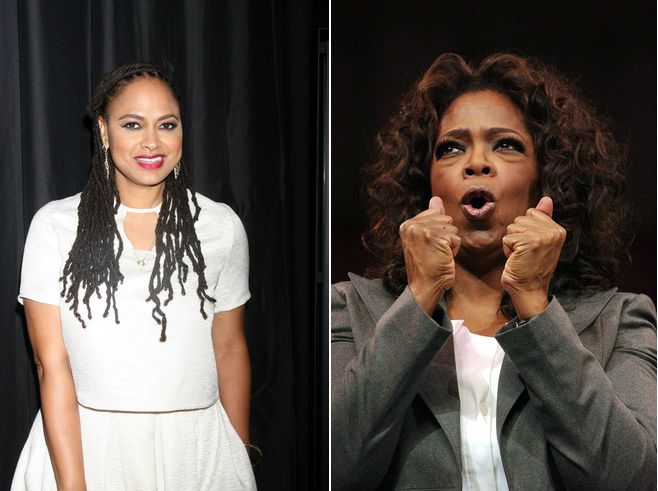 Oprah is teaming up with Selma director, Ava DuVernay for a new original OWN series.

Ava DuVernay's career is taking off. The filmmaker is teaming up with Oprah to create a new series for the Oprah Winfrey Network based off the critically acclaimed novel, Queen Sugar. Read more Was ‘Selma’ Snubbed at the 72nd Annual Golden Globes? Ava DuVernay will work as the writer, director and executive producer on the series, while Oprah will executive produce and have a recurring role in the series. The novel was written by Natalie Baszile, and is described as a mother-daughter story about reinvention.

Adapted from the celebrated first-time novel "Queen Sugar" by Natalie Baszile, the contemporary series will chronicle a spirited woman who leaves her upscale Los Angeles lifestyle behind to claim an inheritance from her recently departed father – an 800-acre sugar cane farm in the heart of Louisiana. Her world and identity are turned upside down as she and her teenage daughter attempt to navigate a new and very different environment while rebuilding their farm from scratch. She is met with curiosity and community, with resistance and romance. It isn't long before a transformation begins and she realizes that she's been living a lot farther from her Southern roots than mere miles.

It is nice to see that Oprah Winfrey is working with someone other than Tyler Perry. Tyler Perry currently writes, directs and produces three shows for OWN, If Loving You is Wrong, Love Thy Neighbor and The Haves and the Have Nots. Read more Crew Members and Extras Nearly Killed on Set of ‘Selma’ Ava DuVernay and Oprah Winfrey worked together in the Oscar nominated movie, Selma. DuVernay is currently in pre-production on a new film about Hurricane Katrina and filming is expected to start in the next few months. What do you think?Discuss this story with fellow Project Casting fans on Facebook. On Twitter, follow us at @projectcasting. Image Credit: Everett Collection / Shutterstock.com
Previous articleFox 'Gotham' Casting Call for Prisoners in New York City
Next articleAlvin & The Chipmunks 4 Announce Extras Casting Director