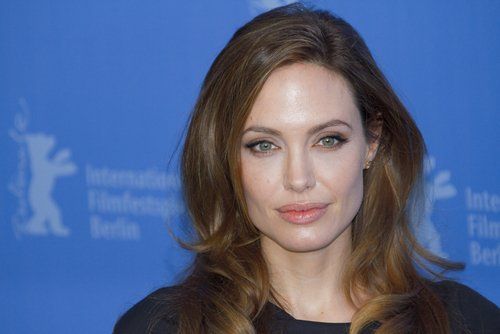 Angelina Jolie’s new Vanity Fair story is getting a lot of negative attention. Many people took to Twitter to express their outrage over details that were reported in the interview, specifically over how children were cast for Angelina Jolie’s new Netflix movie, First They Killed My Father.

Casting directors “set up a game, rather disturbing in its realism” to find the movie’s lead actor. “They put money on the table and asked the child to think of something she needed the money for, and then to snatch it away. The director would pretend to catch the child, and the child would have to come up with a lie.”

Jolie explained in the Vanity Fair article, “‘Srey Moch [the girl ultimately chosen for the part> was the only child that stared at the money for a very, very long time. When she was forced to give it back, she became overwhelmed with emotion. All these different things came flooding back.”

Jolie then adds,  “When she was asked later what the money was for, she said her grandfather had died, and they didn’t have enough money for a nice funeral.”

While this audition was meant to stir up real emotions from the child, many people found this method as abusive. @Nathaliekdy said on Twitter what Angelina Jolie did is “monstrous and should not go unnoticed.”

@thediyora wrote on twitter, “Basic human morals shouldn't go out of the window for a movie casting, especially when Jolie makes a big deal about being a humanitarian”

The Vanity Fair story goes into detail about the making of the film, which Jolie directed and was shot in Cambodia.

“Cambodia went all in — closing off Battambang for days, giving the filmmakers permits to land in remote zones, providing them with 500 officials from their actual army to play the Khmer Rouge army,” the; itVF article explains.

However, Brad Adams, the executive director of Human Rights Watch’s Asia Division, told NY Mag’s The Cut that using soldiers from the Cambodian army is a red flag. “To ask for permission to make a film and thereby invest in the local economy is fine, and you’re going to have to have some meetings with some government officials,” Adams The Cut. “But you can take a stance to make sure you don’t empower, legitimize or pay the wrong people. And working with the Cambodian army is a no-go zone, it’s a red flag, and it’s a terrible mistake.”

“This is an army that is basically an occupying force of a dictatorship, it’s used to put down environmental activists — the kind of thing that she stands for is in direct contrast to what this government is,” he added.

That said, Jolie discussed her love for the country. “This film is my way of saying thank you to Cambodia,” she said at the Cambodian premiere of the film in February. “Without Cambodia, I may never have become a mother. Part of my heart is and will always be in this country. And part of this country is always with me: Maddox.”