HomeEntertainment News'American Sniper' is the Biggest Movie of the Year

'American Sniper' is the biggest movie of the year making $105 million in the box office. 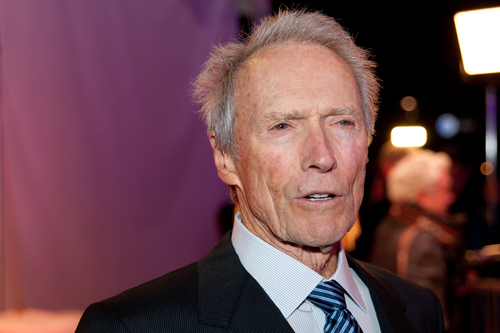 Randy Miramontez / Shutterstock.com 'American Sniper' is the largest movie opening of all time for the month of January, as well as the highest earning R-Rated modern-day war movie.

The previous best for a drama was The Passion of the Christ with $83.8 million. And the three-day haul of $90.2 million marks the No. 2 debut for an R-rated film afterThe Matrix: Reloaded ($91.8 million), not accounting for inflation.

American Sniper received positive reviews from critics. Rotten Tomatoes gives the film a "Certified Fresh" rating of 73%, based on 172 reviews from critics, with an average rating of 6.8/10. The site's consensus states, "Powered by Clint Eastwood's sure-handed direction and a gripping central performance from Bradley Cooper, American Sniper delivers a tense, vivid tribute to its real-life subject." Helga Esteb / Shutterstock.com On Metacritic, the film has a score of 72 out of 100, based on reviews from 36 critics, indicating "generally favorable reviews". In CinemaScore polls conducted during the opening weekend, cinema audiences gave American Sniper an average grade of A+. But, the movie is facing a ton of controversy. According to reports, many Academy Award judges really despise the movie. From The Wrap:

Over the weekend, multiple Academy members told TheWrapthat they had been passing around a recent article by Dennis Jett in The New Republic that attacks the film for making a hero out of Kyle, who said: “The enemy are savages and despicably evil,” and his “only regret is that I didn’t kill more.” Kyle made the statements in his best-selling book, “American Sniper,” on which the film is based. But Academy members seem to be paying attention to the criticism that Eastwood and star/producer Bradley Cooper shouldn’t be celebrating a man who wrote that killing hundreds of Iraqis was “fun.” “He seems like he may be a sociopath,” one Academy member told TheWrap, adding he had not yet seen the film but had read the article, which is being passed around. And Michael Moore, an Oscar voter and former Academy governor from the Documentary Branch, tweeted on Sunday, “My uncle killed by sniper in WW2. We were taught snipers were cowards. Will shoot u in the back. Snipers aren’t heroes. And invaders r worse.”

At the 87th Academy Awards, American Sniper received six nominations, including Best Picture,Best Adapted Screenplay and Best Actor for Cooper. American Sniper is based on Chris Kyle's autobiography American Sniper: The Autobiography of the Most Lethal Sniper in U.S. Military History. With 255 kills, 160 of which were officially confirmed by the Department of Defense, Kyle is the deadliest marksman in U.S. military history. His widow Taya Renae Kyle was heavily involved with the making of the film.

The film stars Bradley Cooper and Sienna Miller with Luke Grimes, Kyle Gallner, Sam Jaeger, Jake McDorman, and Cory Hardrict in supporting roles. Did you catch 'American Sniper' in theaters? What did you think of the movie? Share with us your thoughts in the comments below!

What do you think? Discuss this story with fellow Project Casting fans on Facebook. On Twitter, follow us at @projectcasting.
Previous articleFord Commercial Casting Call for Couples in Chicago
Next articleGreg Plitt Was Killed Filming an Energy Drink Commercial