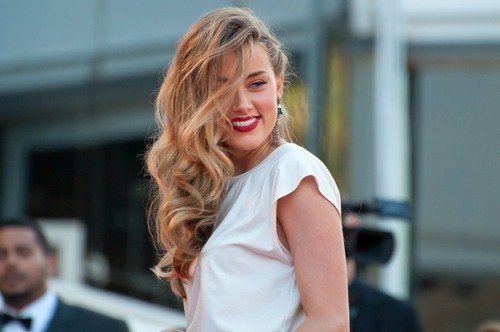 According to reports, Amber Heard has been hit with a $10 million breach-of-contract lawsuit over her upcoming feature film London Fields.

The film's producers claim she failed to offer publicity services and not complete a nude scene. TheWrap reports that the film's producers, Nicola Six Limited, are suing Heard for not complying “with commitment to act in scenes requiring nudity, in contravention of her contractual obligations.” From The Wrap:

Heard allegedly was aware of the nature of the role of Nicola Six, given that she had read Martin Amis’ novel as well as the picture’s screenplay, which was “salacious, provocative and contained nude scenes.” The filmmakers claim Heard had the right to view all nude and sex scenes and approve the final cut, accepting payment for all acting services. But because of her alleged refusal to shoot the film’s nude moments, “key scenes in the script had to be removed and/or rewritten to accommodate Heard’s behavior.”

London Fields stars Billy Bob Thornton, Jim Stugess, Cara Delevingne and Johnny Depp and was directed by Mathew Cullen. Matthew Cullen took over the project after director Shekhar Kapur quit “citing Heard’s inexperience as an actor,” according to the suit. According to IMDB, London Fields is about "clairvoyant femme fatale Nicola Six who has been living with a dark premonition of her impending death by murder. She begins a tangled love affair with three uniquely different men: one of whom she knows will be her murderer." You can read the full report here. What do you think? Discuss this story with fellow Project Casting fans on Facebook. On Twitter, follow us at @projectcasting.
Previous articleWhite Model Mistakenly Placed on Blackhair Magazine Cover
Next article'APB' Chicago Casting Call for a Strip Club Scene