HomeEntertainment NewsAdam Sandler Is The Most Overpaid Actor In Hollywood 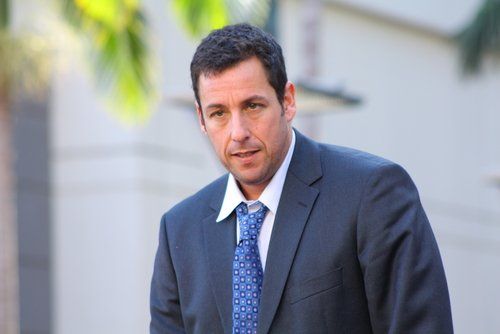 Here's the list of the 10 most overpaid actors in Hollywood.

Adam Sandler has made it extremely apparent that no matter how funny, or how unappealing his Happy Madison comedies may be, they are basically just excuses to take vacations with his friends. Fortunately for many movie studios,they also happen to make a ton of money or at least they did in the past, and that is why Adam Sandler keeps reusing the same jokes in every movie. Forbes has released their annual list of the most overpaid actors in Hollywood, and for the second year in a row, it's Sandler taking the honor of what is a surprising list of superstars.

We look at the last three films each actor starred in before June 2014, since that was the end of our time frame for the Celeb 100. We don’t include animated films or movies where the actor appears in a cameo or a very small role, or movies that were released on fewer than 2,000 screens. We then look at the budget and revenue for each film (using numbers from Box Office Mojo and other sources) to come up with operating income. We add together the total compensation for each star on the three movies and the operating income from each movie and then divide to come up with the final return on investment number. (Via Forbes)

Adam Sandler has a new Netflix deal paying him a ton of money to produce four original films for the streaming service, and there are no box office receipts to factor in for those.

Discuss this story with fellow Project Casting fans on Facebook. On Twitter, follow us at @projectcasting.
Previous articleThe List of Movie Theaters Playing 'The Interview'
Next articleAMC's 'The Walking Dead: Cobalt' Cast It's Female Lead