ABC has picked up several new television pilots to join their 2014-2015 lineup.

One of the biggest shows to be picked up by ABC is the Shonda Rhimes' new drama series 'How to Get Away with Murder' starring Viola Davis. Davis stars as Professor Annalise Keating, who teaches a class called “How to Get Away With Murder.” Little does she know that she, along with four of her law students, will have to apply what they've learned into real life. 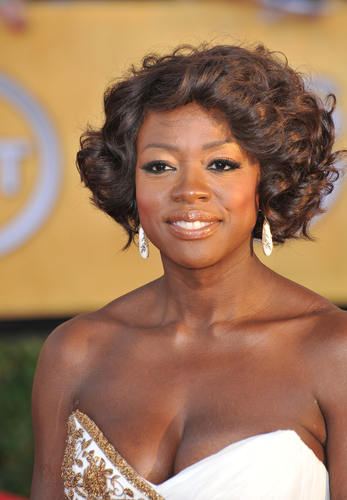 It's 1946, and peace has dealt Peggy Carter a serious blow as she finds herself marginalized when the men return home from fighting abroad. Working for the covert SSR (Strategic Scientific Reserve),  Peggy must balance doing administrative work and going on secret missions for Howard Stark all while trying to navigate life as a single woman in America, in the wake of losing the love of her life – Steve Rogers.

The television series is based on the hit movie series and comics "Captain America: The First Avenger" and "Captain America: The Winter Soldier". "Forever" is another show that ABC has picked up a series pilot order. The series focuses on a doctor that solves murder mysteries while trying to understand why he can live forever. Only his best friend and confidant, Abe, knows Henry's secret. The television series features Gruffudd from 'Fantastic Four'. Another television series that looks like it may connect with audiences is "Selfie". The television series features Karen Gillan (photo below) as a social media "famous" celebrity Eliza Dooley, who has a ton of followers who hang on and listen to her every post, tweet and selfie. But, one day she realizes that having a ton of followers does not actually mean you have a ton of friends.  She then asks a marketing guru played by John Cho, to 'rebrand' her self-obsessed reputation and teach her how to connect with people in the real world.  Featureflash "Manhattan Love Story" is another pilot that was picked up for a series order. According to the wrap, it resembles a romantic comedy that centers on people going out on their first dates.

“Manhattan Love Story,” meanwhile, explores the question, Have you ever wondered what your date was thinking?  This romantic comedy exposes the differences between men and women through the unfiltered thoughts, and often contradictory actions, of a new couple who have just begun dating.

What do you think of the new television series? Share with us your thoughts in the comments below.
Previous articleCBS "Under the Dome" Season 2 HUGE Casting Call for Several Roles in North Carolina
Next articleCW Network Adds 'Flash', 'Messengers', 'iZombie', and 'Jane The Virgin' to the Network