HomeEntertainment NewsGolden Globes 2015 - 10 Things You Missed and Should Know

The Golden Globes nominations list is finally here and surprise, surprise many fan favorite movies, TV shows and actors were snubbed this year.

Nominations for the 2016 Golden Globes were announced on Thursday morning. And surprisingly Steve Jobs cast members Michael Fassbender and Kate Winslet earned nominations for best actor and actress in a motion picture drama, and it's not too surprising to see Empire's Taraji P. Henson nominated for a Golden Globe this year either. The Golden Globes will air on January 10, 2016 with the host Ricky Gervais, who is back for the fourth time.

Here is the breakdown of the 10 Golden Globe snubs:

Michael B. Jordan and Ryan Coogler were not nominated, despite box office success. However, Sylvester Stallone did get nominated for Best Supporting Actor-Drama

Even though Jon Hamm was nominated, the final season of AMC's Mad Men failed to get any other nominations for Golden Globes.

Despite beating box office expectations and wowing critics, Straight Outta Compton failed to get any nominations. 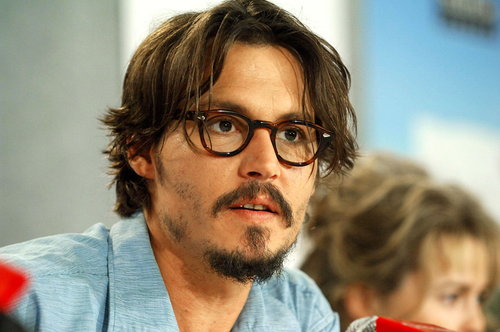 Everett Collection / Shutterstock.com Johnny Depp is a jack of all trades. Despite his praise for his role as gangster James "Whitey" Bulger, Johnny Depp failed to get a nomination for Best Actor-Drama.

Netflix Kevin Spacey is the true definition of an actor. But, despite starring in House of Cards Spacey did not get nominated for his performance as Frank Underwood this year, even though he won Best Actor in a TV drama last year for the same show.

Amy Schumer took over the industry this year with several hit movies and TV shows. Even though the actress' movie Trainwreck got a nomination, the comedian failed to get one for her Comedy Central sketch series, Inside Amy Schumer.

Ellie Kemper surprised audience in the hit Netflix series Unbreakable Kimmy Schmidt. However, she and the show failed to receive any Golden Globe nominations this year.

NBC managed not to get a single nomination for the Golden Globes this year and they premiered the final season of Parks and Recreation.

Debby Wong / Shutterstock.com Despite being a long movie about walking across the Twin towers, the Joseph Gordon Levitt biopic of the high-wire artist Philippe Petit and his walk between the World Trade Center tower failed to get a single nomination despite being called an early Best Picture movie.

Oscar winning actor Benicio Del Toror did not get a single nomination for his portrayal of a drug enforcement agent Alejandro despite surprising critics and fans alike in the critically acclaimed thriller Sicario. What do you think of the Golden Globes so far? Share with us your thoughts in the comments below!
Previous articleIdris Elba in Talks to Star with Matthew McConaughey in 'The Dark Tower'
Next articleLeonardo DiCaprio's Response to His Golden Globe Nomination is INSPIRING