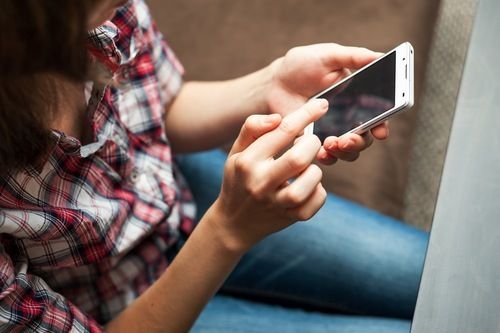 If you're the type of person who uses a period at the end of a sentence in a text, the person on the receiving end may think you're a liar, according to a new study.

Researchers at Binghamton University found that text messages ending with a period are seen to be less sincere compared to messages that leave them out. In the study, titled, "Texting insincerely: the role of the period in text messaging," lead researcher Celia Kin had her team ask 126 undergrads to evaluate a series of messages, reports Wall Street Journal. The sender's message contained a statement and invitation, such as, “Dave gave me his extra tickets. Wanna come?” with the receiver's response being an affirmative one-word response. One version of the response would include a period at the end ("Yes."), while the other version would end without any period ("Sure"). The texts that featured punctuation were seen as less sincere. “Texting is lacking many of the social cues used in actual face-to-face conversations,” said Klin. “When speaking, people easily convey social and emotional information with eye gaze, facial expressions, tone of voice, pauses, and so on. People obviously can’t use these mechanisms when they are texting. Thus, it makes sense that texters rely on what they have available to them — emoticons, deliberate misspellings that mimic speech sounds and, according to our data, punctuation.” This news comes as a recent study found that old people say LOL and guys that use emojis are more likely to get laid. What will science come up with next? Share with us your thoughts on the study in the comments below!