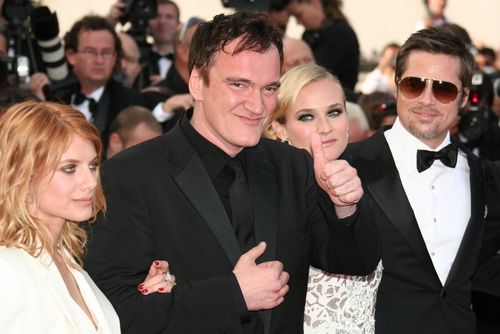 Quentin Tarantino’s 9th feature film and Fox’s adaptation of Call of the Wild are among the major feature films to receive California film tax credits, according to an announcement made by the state film commission on Monday.

According to The Wrap, Tarantino will play $18 million in credits for Sony’s Tarantino project and $17.1 million for Fox’s adaptation of the Jack London adventure story, other notable projects include director Karyn Kusama’s “Destroyer” starring Nicole Kidman ($2.5 million in credits), and an untitled Dan Gilroy feature starring Jake Gyllenhaal and Rene Russo ($2.5 million).

A total of 54 projects applied for credits during the October 16-20 application period.

According to the commission, three of the 11 movies plan to shoot a large number of their scenes outside of the traditional LA 30-Mile Zone.

The upcoming Quentin Tarantino movie and Call of the Wild movie would have originally been unable to receive the credits because their budgets exceed $75 million.

“Despite aggressive incentives worldwide, California is once again competing for big projects because we’re able to provide the best overall value,” California Film Commission Executive Director Amy Lemisch said in a statement. “Films today can be shot just about anywhere, so it’s great to see so much production returning to the Golden State.”

Here's the full list of movies to film in Los Angeles thanks to the film tax credits: What do you think? Discuss this story with fellow Project Casting fans on Facebook. On Twitter, follow us at @projectcasting.
Previous article'Shaft' Remake Casting and Plot News
Next articleNBC is Now Looking for Aspiring TV Hosts