Box Office poison - Here are 10 actors you want to avoid when you are deciding to cast them for your next motion picture.

Despite millions of dollars in marketing, post-production, and other filmmaking scouts, the success of a movie can lay on the shoulders of the cast. But, when a certain actor appears in a movie they can either increase box office sales or drastically hurt the movie's earnings. If an actor appears in several movies and box office sales are constantly under expectations, then that actor can be labeled as "box office poison" - a term no actor wants to be labeled as. Box Office poison makes actors less likely to land major roles in movies and often times these actors lose their A-list status. These 10 actors, regardless if their films were actually any good, just seem to poison box office numbers. Ultimately, if you cast any of them in your movies, there is a pretty good chance that the movie is going to bomb in the box office. 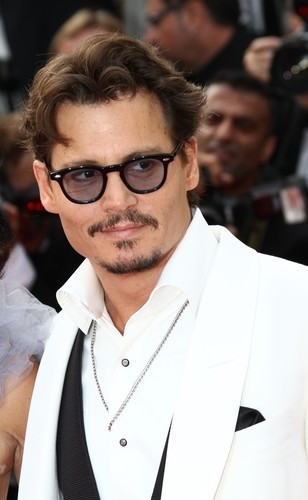 Denis Makarenko / Shutterstock.com Johnny Depp used to garunteed a great box office return. But, audiences failed to care about his latest movies. His last several movies including, The Tourist, The Lone Ranger, and Transcendence have all bombed in the box office. Making Johnny Depp more of a has-been instead of a must watch actor.

Debby Wong / Shutterstock.com Outside of his crazy antics, Shia LaBeouf is a struggling actor trying to stay relevant. There was a point in time when LaBeouf was a popular actor. The Transformers series helped launched his status in Hollywood. But, since then every movie he lands a leading role does pretty bad in the box office.

Tinseltown / Shutterstock.com It's hard to say if Taylor Kitsch was ever an A-list actor. But, there is one thing for certain, Kitsch hasn't had a hit movie in years. John Carter, Battleship, and Savages all bombed in the box office, failing to even break even in the box office.

Featureflash / Shutterstock.com As much as you want to love Katherine Heigl since her Grey's Anatomy days, she hasn't had much success in the box office. Katherine Heigl 'The Killers,' despite co-starring Ashton Kutcher, was a flop. Since then, only 'Life As We Know It' has made money.

Nata Sha / Shutterstock.com Eddie Murphy was the go to comedian actor in Hollywood. Since Saturday Night Live, the comedian was rocking audiences with hit movies such as The Nutty Professor. But, his last movie The Adventures of Pluto Nash, bombed in the box office. In fact, his last hit movie was Shrek and that movie came out three years ago.

Matteo Chinellato / Shutterstock.com Nicholas Cage has become one of the most liked actors on the Internet. If you do a quick google search of Nicolas Cage you will find hundreds of memes depicting the over top method actor. However, his last movies all bombed in the box office. Ghost Rider bombed, Drive Angry flopped, and barely anyone watched Left Behind.

Piotr Zajac / Shutterstock.com Daniel Craig has not had much luck in Hollywood outside of the James Bond franchise. For example, Cowboy and Aliens was a box office disaster. The Golden Compass did poorly in the United States and I don't know a single person that watched Defiance. Even the internationally popular book series turned into movie, The Girl with the Dragon Tattoo failed to make a dent in the box office.

Helga Esteb / Shutterstock.com Jessica Biel used to be a hit actress with a popular TV series and feature films such as 'I Now Pronounce You Chuck and Larry,' but since then every movie she appears in fails to do well in the box office. For example, 'New Year's Eve,' 'The A-Team,' 'Next,' and the 'Total Recall' remake all flopped.

Tinseltown / Shutterstock.com Ryan Reynolds was the go to Canadian actor for all of your romantic comedy and adventure flicks. But, in the last 10 years his movies failed to do well in the box office. Green Lantern, The Change-Up, R.I.P.D, and Turbo all flopped in the box office and didn't even break even. However, things may look up for Ryan Reynolds as he is supposed to star in the upcoming Deadpool motion picture after a viral campaign.

Tinseltown / Shutterstock.com Michael Cera has a history of box office failures. Including Youth in Revolt, Scott Pilgrim vs. The World, Year One, Paper Heart, Magic Magic and Crystal Fairy didn't do well in the box office. It is sad to say to that Michael Cera may be the actor you want to avoid in your feature films because his long history of people not showing up to see what he can do in front of the screen.

What do you think? Do you think these actors are box office poison? Share with us your thoughts in the comments below!
Previous articleHere's How Much the Average Actor Actually Gets Paid!
Next articleLil Wayne's Home Raided: Everything You Need to Know