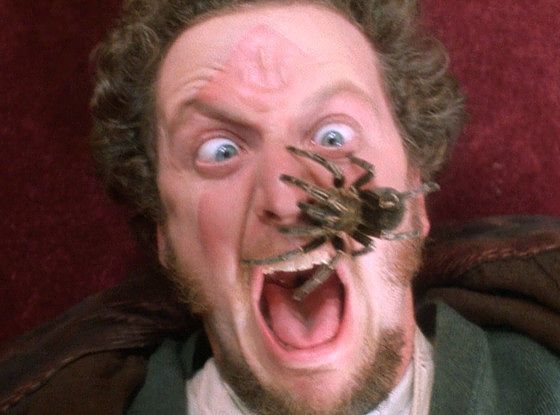 Daniel Stern, who played one of the Wet Bandits, reprised his Home Alone character, Marv Merchants, on Christmas Day - but there's nothing cute about it. Daniel Stern released a dark video blog as his reply to the even crazier NSFW Home Alone parody released earlier this month. In Culkin's violent spoof, the Home Alone actor appears as an adult version of Kevin McCallister who is so psychologically traumitized from the events that occured to him as a child ("I had to fend off my house from two psychopath home invaders," he says) he ends up kidnapping and torturing a man.

Marv replied to the video with a video of his own:

"I saw it on the Internet, the kid is coming to get us!" says Marv, who speaks into the camera in an attempt to warn his partner-in-crime, Harry (played by Joe Pesci). "He's coming for all the home invaders and he's gonna come get us." In a video that is too hilarious and amazing to write about, Marv looks over his shoulder while reliving the ways Kevin tortured the two burglars in the original Home Alone movies. "He hit me in the head with a brick ... the iron ... he electrocuted me!" he says. "Please Harry, I'm home... alone... and I'm scared!"

What do you think of the video? Leave us a comment below if you think they should reboot Home Alone 2!