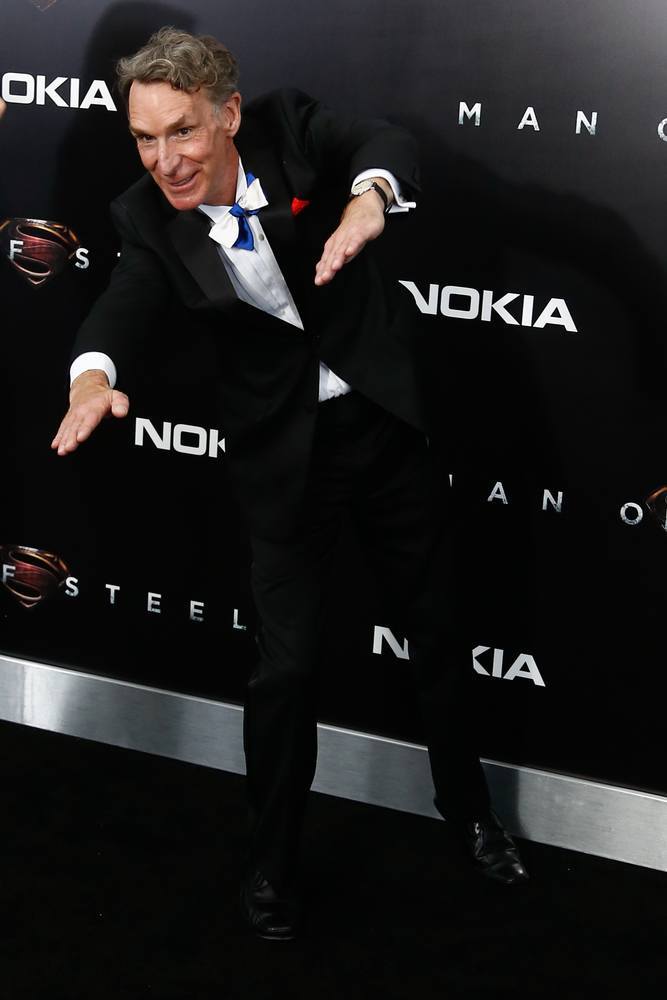 The Force Awakens is only a few days away from hitting theaters and basically the Internet cannot stop talking about Star Wars. But, even the huge hype surrounding Star Wars there are still a few fans that are not impressed with the movie franchise and argue that Star Trek is still better than the Star Wars franchise. Recently, astrophysicist, writer and actor, Neil deGrasse Tyson recently weighed in on why the Starship Enterprise is better than the Millennium Falcon, and now Bill Nye is stirring the pot by tackling the Star Wars vs Star Trek debate. Bill Nye starts off by saying, “Some of my best friends like Star Wars, don’t get me wrong,” before destroying arguments and showing why Star Trek is better than Star Wars. You can watch the full video below: What do you think? Which movie franchise is better Star Wars or Star Trek? Share with us your thoughts in the comments below!
Previous articleDonald Trump's Poll Numbers Skyrocket After Muslim Comments
Next articleMadTV Reunion Episode Airing on January 12th