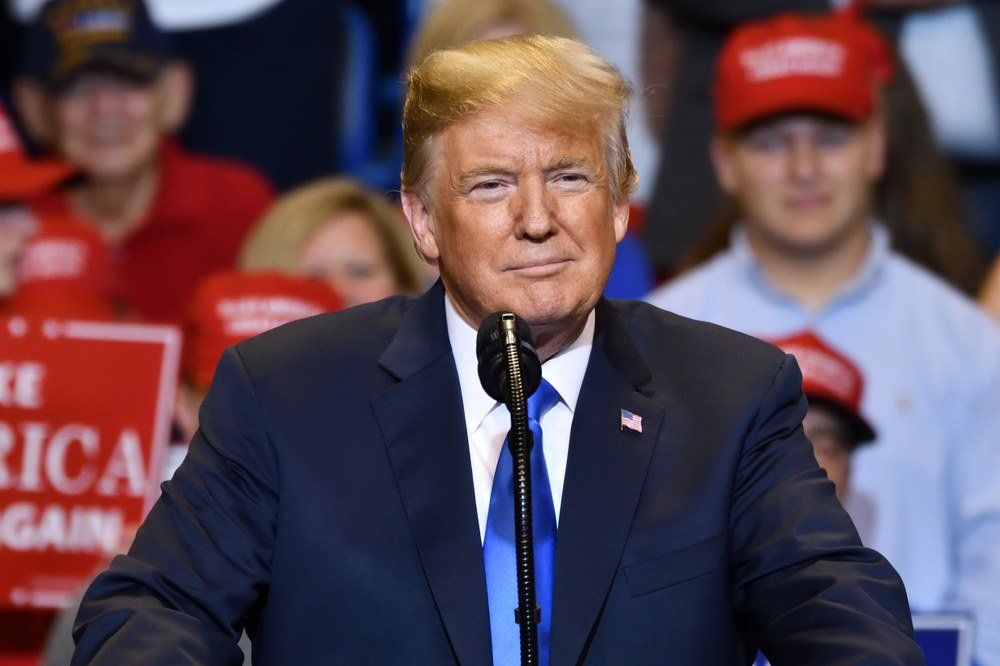 WILKES-BARRE, PA - AUGUST 2, 2018: President Donald Trump portrait of his gazes toward the audience of a campaign rally for Congressman Lou Barletta.

During a White House press conference on Wednesday, a reporter asked President Donald Trump if he plans on pardoning the “Tiger King”?

Joseph “Joe Exotic” Maldonado-Passage, is the subject of the Netflix documentary series, which garnered more than 34 million viewers within the first 10 days of its March 20 release, according to Nielsen. In 2018, he was convicted of attempted murder for hire and other wildlife violations including five tigers. He was sentenced to 22 years in prison.

"One of the biggest rating hits of the coronavirus, aside from these briefings, has been a show on Netflix called 'Tiger King,'" he said. "The man who's the star of this is a former zoo owner who is serving a 22-year prison sentence. He's asking you for a pardon, saying he was unfairly convicted."

Nelson also brought up that Trump’s son, Donald Trump Jr., "jokingly said he was going to advocate" for the pardon.

"I was wondering if you've seen the show and if you have any thoughts on pardoning Joe Exotic," Nelson continued.

Nelson described the show and the charges against Joe Exotic.

"Do you think he did do it? Are you on his side? Are you recommending a pardon?" Trump replied. "As a reporter you're not allowed to do that, you'd be criticized."

.@stevennelson10 asks President Trump about #TigerKing: "I was wondering if you've seen the show and have any thoughts..." President Trump: "Would you recommend a pardon?" Jim @Acosta: "I'm not weighing in on Tiger King." Full video here: https://t.co/z42TJyteNI pic.twitter.com/oq2otCp97X

Investigation Discovery is green lighting, a new series that the network describes as a “definitive sequel” to the hit Netflix docuseries ‘Tiger King’. ‘Investigating the Strange World of Joe Exotic’ will center around the life…