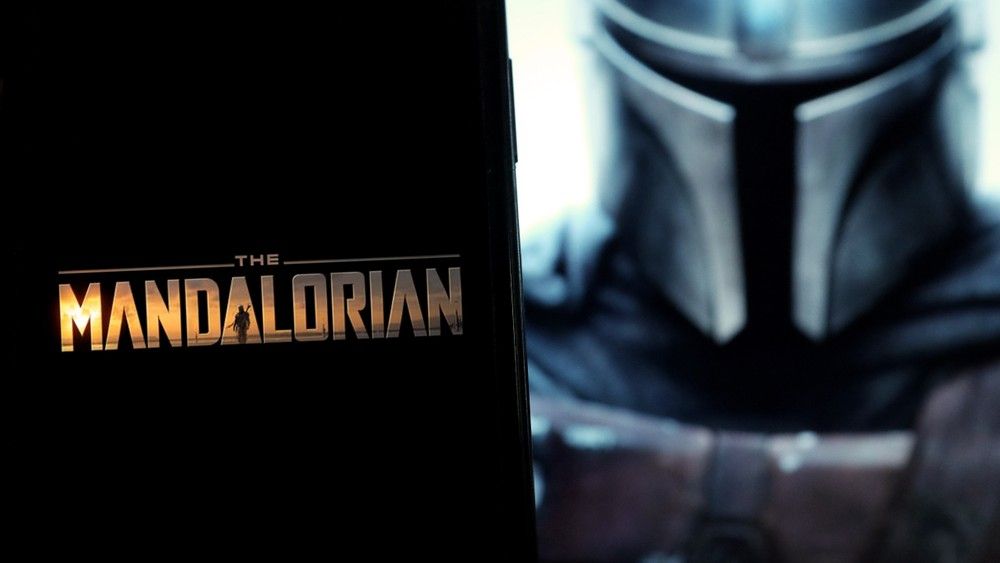 'The Mandalorian' Casting information - how to audition for a role in the Disney Star Wars series.

'The Mandalorian' is one of the most popular TV shows in 2019. The series premiered in November 2019. The series takes place five years after the events of the 'Return of the Jedi' and centers around a bounty hunter beyond the reaches of the New Republic. The new series, which takes place in the Star Wars universe' is created, directed, executive produced by Jon Favreau alongside Dave Filoni, Kathleen Kennedy, and Colin Wilson. The show stars Pedro Pascal in the leading role with the first season featuring eight episodes and a second season is coming soon. As of 2019, the series has had positive reviews, with Baby Yoda's character being highly praised and a viral meme across the Internet. 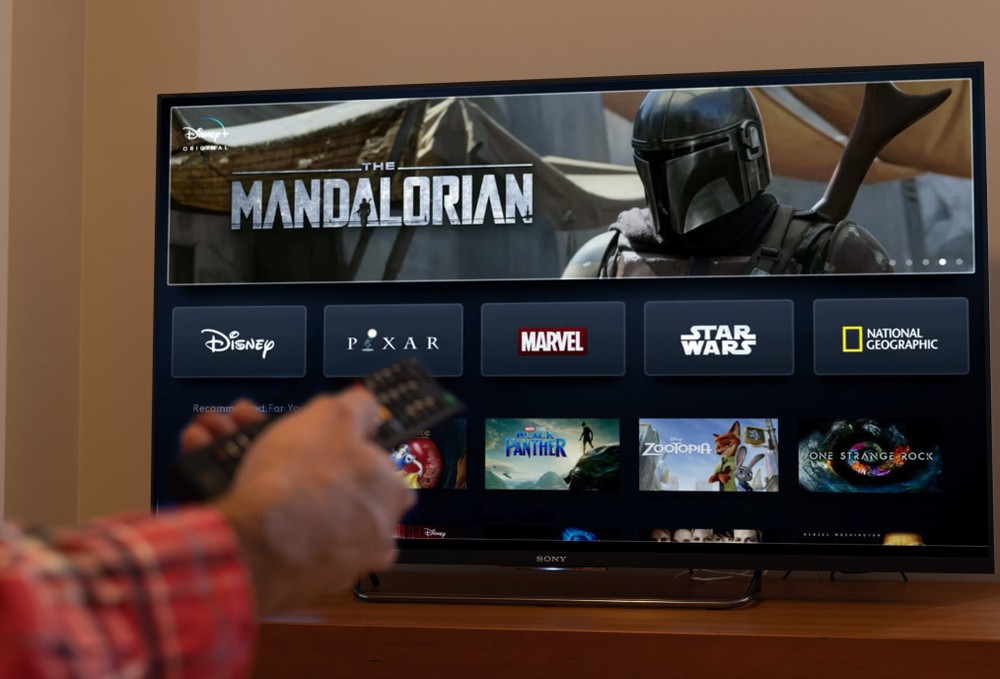 Barcelona, Spain. November 2019: Man holds a remote control With the new Disney plus screen on TV, showing The Mandalorian space western television series. .Illustrative editorial. (Editorial credit: Ivan Marc / Shutterstock.com) Jon Favreau describes the series as follows: "After the stories of Jango and Boba Fett, another warrior emerges in the Star Wars universe. The Mandalorian is set after the fall of the Empire and before the emergence of the First Order. The series depicts a lone bounty hunter in the outer reaches of the galaxy far from the authority of the New Republic." Pascal has described his Mandalorian character as being Clint Eastwood, like with advanced combat skills and of "questionable moral character." Filming for the first season began during the first week of October 2018 in Southern California. George Lucas visited the set of the series as a birthday surprise for the show's director. It was later revealed that Lucas had some level of involvement in creating the show. Filming for the first season wrapped on February 27, 2019. Filming for the second season started in October 2019. Disney+ releases The Mandalorian episodes every week starting from November 12, 2019. The first two episodes were released only a few days apart on November 12 and 15, 2019, respectively. Currently, Rotten Tomatoes reports an approval rating for the first season with an average score of 7.78/10, based on nine reviews. The website's critical consensus reads, "Action-packed and expertly crafted—if at times a bit too withholding—The Mandalorian is a welcome addition to the Star Wars universe that benefits greatly from the cuteness of its cargo." Within four days of its release, The Mandalorian had stronger U.S. demand compared to four of 2019's biggest streaming originals, including several Netflix productions.

We now have the trailer for The Mandalorian Season 2. Disney+ released the first look at the second season of the first live-action series in the Star Wars franchise set years after the events of the Return of the Jedi and 25 years before the events of The Force Awakens.

The upcoming sequel in the series will continue to explore the adventures of bounty hunter Din Djarin and The Child, also known as Baby Yoda. The new season will pick up where Season one ended, Djarin struggles with protecting Baby Yoda while evading the Empire. According to showrunner Jon Favreau, Season 2 will include episodes focusing on other characters.

Watch the trailer above and look for The Mandalorian Season 2 to launch exclusively on Disney+ 30 October.

Pre-production for 'The Mandalorian' Season 3 has already started, according to Variety. According to reports, creator Jon Favreau has started "writing season 3 for a while" and the art department led by Doug Chiang, has started working concepts for Season 3 for "the past few weeks". “We’ve just started pre-production and are looking into further adventures for the Mandalorian in Season 3,” revealed one source to Variety. The reason why production is starting so quickly is due to the report that it takes each department a "huge lead time". Production for 'The Mandalorian' Season 2 just ended a month ago. The series luckily ended before the first Coronavirus related Hollywood shutdown took place.

‘Star Wars’ hit TV series The Mandalorian will hit its second season on Disney+ this October. Lucasfilm and Disney broke the news this week that the show will hit streaming services on October 30.

The Mandalorian takes place after the fall of the Empire after Star Wars: Episode VII - Return of the Jedi and centers around the bounty hunter on various adventures while protecting the Child. The Child, also known as Baby Yoda, has become a hit online following the first season, creating several merchandise toys, outfits, and figurines.

The show wrapped production right before COVID-19. Season 3 is reportedly in development and the first season was nominated for 15 Emmy Awards, including Outstanding Drama Series.

Disney+ found a hit when the company debuted ‘Star Wars: The Mandalorian’ season 1. The breakout star of the show has continued to be Baby Yoda or as Disney calls it, “The Child.” This Friday marks the end of the first season as the last episode will be available on the streaming platform.

Jon Favreau revealed the news that the hit show will be returning for a second season.

In a tweet, Favreau also tweeted a picture of a pig-like character that we assume will be a part of the next season. There is not a lot of information given by Favreau for the next season or the character but he did confirm that Fall 2020 is when we can expect the show’s release. In the meantime, Disney+ is releasing new episodes of ‘Star Wars: The Clone Wars’ for those interested in more ‘Star Wars’ shows. There is no word on the next trailer for ‘The Mandalorian’ but we can hope to expect a trailer in the Summer of 2020.

Sarah Finn Casting was recently at the 30th Annual Artios Award in Los Angeles. Marvel’s lead casting director shared what she looks for in an actor before every audition. It’s called “star quality.”

The 'Mandalorian' is a significant project; casting directors are mostly contacting actors to work on the film through talent agencies. If you are interested in a speaking role in the upcoming movie, contact your talent agent for an audition. If you do not have an agent, check out our guide to landing an acting agent here.

In 2019, Disney released ‘The Mandalorian’ TV series. The Star Wars live-action series went viral, with fans loving the shows and becoming a pop-cultural phenomenon. Arguably, ‘The Mandalorian’s success is the reason why Disney+ reached 28 million subscribers. Now that the second season is in production and set to finish production at the end of the year, the studio has released a new behind-the-scenes look at the series’ production, giving Disney fans a chance to see the technology used in the new show.

Jon Favreau, the show’s creator and executive producer explains the show was shot using a new technique with a video game engine. The filming technology allows filmmakers the ability to combine real-time shots with video wall technology to create amazing backgrounds for scenes. The entire screen is 21 feet tall and 75in in diameter and uses seven different machines to project the backdrop. Using the setup, the film crew was able to manipulate various backgrounds in seconds, changing locations in a matter of seconds instead of days.

The Mandalorian season 2 will release in October. For the time being, check out the video above.

Disney Plus hit TV series The Mandalorian is the most-pirated TV show of 2020, according to BitTorrent.

According to a report by TorrentFreak, Game of Thrones was previously the most-pirated TV show for nearly a decade. But the HBO series ended in 2019, and The Mandalorian arrived in fall. The Mandalorian’s first season placed the show to No. 3 most-pirated show in 2019. Then in 2020, it became the No.1 pirated-show.

While it is not an Academy Award, it does reflect the popularity of the show and the power of Disney Plus, which reached 80 million subscribers in December in just 13 months after launch. In comparison, Netflix has 190 million subscribers after over a decade of streaming.

Casting calls, production jobs, and other opportunities for the movie have not been released. Get the latest entertainment jobs and networking opportunities here. Sign up with Project Casting today. Continue Reading:

‘Black Widow’: How to Audition for a Speaking Role

Dave Bautista Reveals What It’s Like to Audition for Marvel

Dave Bautista shares his acting experience and shares tips for acting tips. Several wrestlers have made significant attempts to act. While Hulk Hogan had appeared in movies, it was not until Dwayne “The Rock” Johnson…


Marvel Casting Director Reveals Which Movie Was The Hardest To Cast

Since Marvel Cinematic Universe started, Sarah Finn has been an integral part of the production. As the primary casting director behind the cinematic superhero franchise, she is often one of the first people to be…
Previous article'Black Lightning' Season 3 Atlanta Casting Call for Markovian Soldiers
Next article'Hawaii Five-0' Season 9 Hawaii Casting Call for International Cops

Hershey's company is now casting families for a photoshoot in Portland, Oregon. Casting directors are now casting actors, models, and influencers to work on sce...