Video auditions for major speaking roles in the upcoming Netflix TV are now being accepted by casting directors. The film producers are looking for talented actors, models, and talent to audition for a role on the new Netflix TV series.

According to the casting call, the show is looking for young men and women ages 18 to 21 years old to fill various starring roles in the TV show. Auditions are being held via video submission process. You can easily upload your video audition from the comfort of your home following the instructions listed on the casting call. According to reports, Netflix has ordered 13 episodes of the Baz Luhrman music drama "The Get Down". Baz has been working on the show for at least 10 years and it will be the latest project from the "Moulin Rogue" and "Great Gatsby" director. 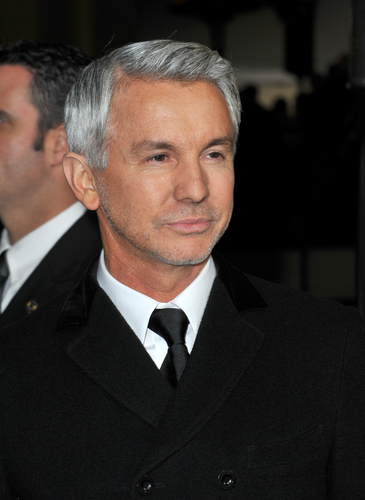 Jaguar PS / Shutterstock.com This is what the director had to say in a recent interview with Vulture:

The show will use music from the past, as well as original compositions … Because Sony is producing The Get Down, “We’ll have lots of recognizable, classic cuts” on the soundtrack, Luhrmann says. “We will be using very authentic music from the time. But our young characters — and this is crucial: Their songs are from a mythological musical group. So we have to see them create their own music ... That’s important because we want to show an aspirational story. We’re going to use music as a way of allowing the world to be very authentic.” Writing has already begun, with some well-known scribes attached. “I’m hunkered down in my little white box around Chinatown, writing it … with a great team of writers.” Luhrmann says. Among those working on the show, he says, are some who “lived in the Bronx at the time” the show is set, including Seth Zvi Rosenfeld (The Writing on the Wall). Author and journalist Nelson George is also “on our writing team,” Luhrmann says, as are Brooklyn playwright Radha Blank, Aaron Rahsaan Thomas, Sam Bromell, Jacqueline Rivera, and, as previously reported, novelist/TV writer Thomas Kelly. “We’ve spent several years doing quiet but very in-depth research,” he adds. In addition to Luhrmann, other executive producers on the show include Kelly, Shawn Ryan, Catherine Martin, Paul Watters (Australia), Marney Hochman (The Shield), and Stephen Adly Guirgis (Motherfucker With the Hat), who is also a writer on the show.

http://youtu.be/kEbRXzKu__8 "The Get Down" centers around the emerging music scene in the 1970's. The 70's featured the birth of punk rock and hip hop. The show will be set in New York City which is also the home of an excssive crime rate and corruption. According to Variety, "The Get Down" will focus on a group of teens living in the South Bronx as music develops and explodes in the borough around them.

1970s New York City – broken down, beaten up, violent, cash strapped, dying. Told through the lives and music of a ragtag crew of South Bronx teens - from Bronx tenements, to the SoHo art scene, CBGBs, Studio 54, and even the glass towers of the just-built World Trade Center – The Get Down is a sweeping saga of loyalty, love and betrayal, and the transformation of New York City.

'The Get Down' show will premiere on Netflix sometime in 2016. Casting directors are now looking for the following:

YOUR AUDITION SHOULD INCLUDE ALL OF THE FOLLOWING: