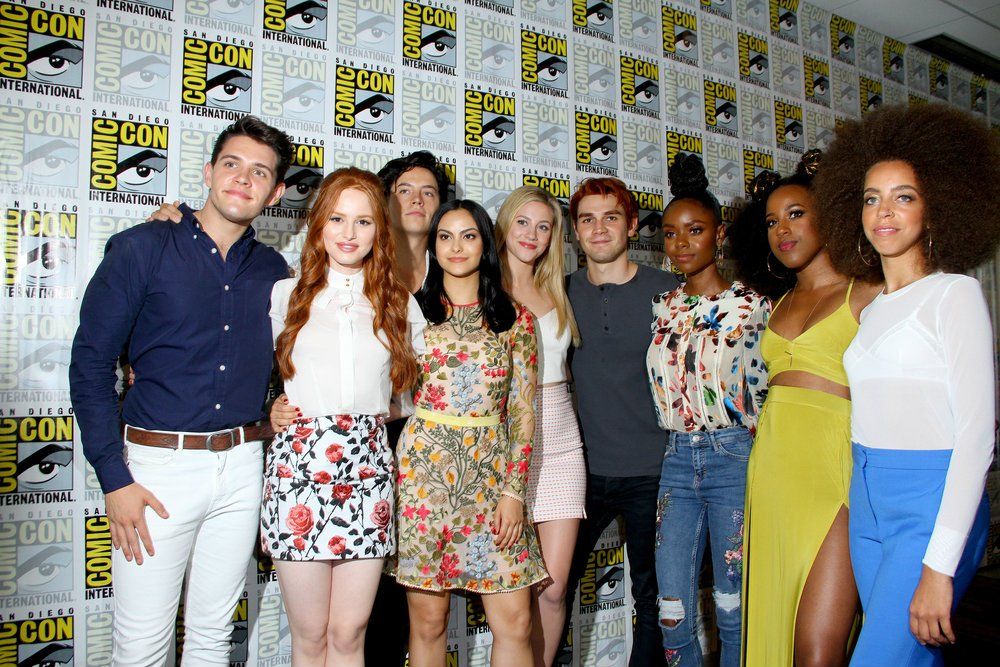 The cast of "Riverdale" arrives at the 2017 Comic Con press room at the Hilton San Diego Bayfront hotel on July 22, 2017 in San Diego, CA. (CarlaVanWagoner / Shutterstock.com)

Filming on “Riverdale” has resumed.

On Wednesday, March 6, the set of the CW’s series reopened their doors after shutting down production for two days to allow the cast and crew mourn the death of co-star Luke Perry. Production on the show as suspended the morning of Monday, March 4th, shortly after Perry died from complications following a massive stroke.

Luke Perry played Archie’s father Fred Andrews on the show, based on the Archie comics. The Wednesday night’s episode of “Riverdale,” the first episode since Perry’s death, honored the actor.

Deadline reports that while production as suspended, the writers are believed to have worked on tweaking the scripts for a remaining couple of episodes from Season 3 following Luke Perry’s passing.

“Going through pictures on my way to set,” Riverdale developer/executive producer Roberto Aguirre-Sacasa wrote on Instagram Wednesday morning next to a group cast photo, featuring Perry, from the show’s early days. “Our heart, always. Tonight’s episode of #Riverdale finds Fred doing what he does best–helping Archie. It is dedicated to Luke, as all episodes will be for the rest of our run.”