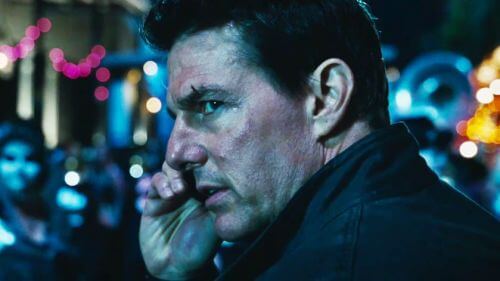 Watch the new trailer for Jack Reacher: Never Go Back.

Jack Reacher is back. Paramount and Skydance Media have released a new trailer of the sequel that shows Tom Cruise kicking ass and taking names. In the new movie, Reacher returns to headquarters of his old Army unit, only to find he’s been accused of a 16-year-old murder. Based on the Jack Reacher book series, Jack Reacher: Never Go Back features Cobie Smulder, Danika Yarosh, Austin Hebert, Patrick Heusinger, Aldis Hodge, Robert Knepper and Holt McCallany. The movie filmed across New Orleans, Louisiana with hundreds of casting calls for background extras. Check out the movie trailer below and let us know in the comments if you see yourself. Jack Reacher is coming to theaters October 21, 2016. Related: What do you think? Share with us your thoughts in the comments below.
Previous articleChanning Tatum Launches a Vodka Company
Next article'Game of Thrones' Cast To Get Paid $500,000/Episode