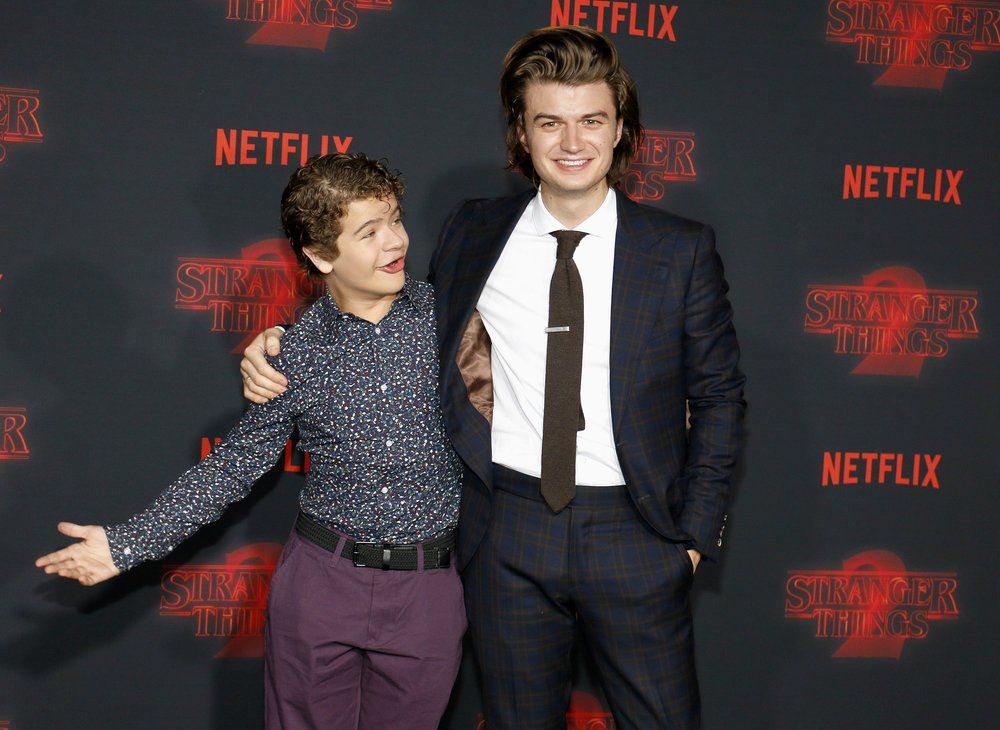 Joe Keery and Gaten Matarazzo at the Netflix's season 2 premiere of 'Stranger Things' held at the Regency Village Theatre in Westwood, USA on October 26, 2017. (Tinseltown / Shutterstock.com)

Netflix is now casting high school students to work on a scene filming on Tuesday, January 22nd in Albuquerque, New Mexico. Casting directors are looking for talents to play "apocalyptic athlete types". Actors must be 18 and older.

According to Variety, Daybreak is a new series for the streaming giant Netflix. “The series finds 17 year old high school outcast Josh searching for his missing girlfriend Sam in post-apocalyptic Glendale, California. He is joined by a ragtag group of misfits including a pyromaniac 12 year old, Angelica, and Josh’s former high school bully, Wesley, now turned pacifist samurai. Josh and the group tries to stay alive amidst the horde of Mad Max-style gangs (evil jocks, cheerleaders turned Amazon warriors), zombie-like creatures called Ghoulies, and everything else this brave new world throws at him.”

To audition for a role in the upcoming Netflix series, check out the casting call breakdown below.

Daybreak is hiring HS-looking guys to work Tues 1/22 as apocalyptic athlete types. Future work days are likely! Must be at least 18 to be considered. Locals only please. Submit a current photo along with phone number to: [email protected]

Please do not apply, if you are not local or if you do not fit the description. What do you think? Discuss this story with other fans on Instagram @projectcasting
Previous articleNBC's New Series 'The Village' NYC Casting Call for Pregnant Women
Next articleBET 'Tales' Season 2 is Now Hiring Atlanta Extras