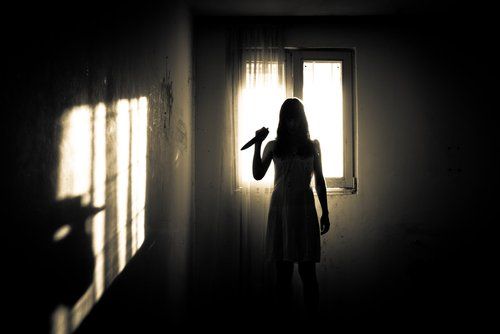 FLORIDA - Feature Film - SEE ALL ROLES BELOW please read everything before submitting Pay Rate: $100/day Casting now until Aug 21 in St Petersburg Callback Dates: Aug 22 - Aug 30...Shoot: Nov 02 - Nov 15 Location: North Captiva Island, FL Auditions/Callbacks will be held in St. Petersburg, FL 33701.
IMPORTANT - PLEASE READ ! Majority of the roles casting will be required to be on location the entire duration of the film...shooting on location; North Captiva Island, off of Ft. Myers. There are no vehicles on the island other than Golf Carts. Cell service is scarce, however, we'll be staying in houses that have wireless internet access. Ferry access, transportation to the marina, food & drink, lodging, and parking fees will all be taken care of by Production. PLEASE DO NOT SUBMIT UNLESS YOU ARE 100% WILLING TO COMMIT TO THIS PROJECT !!! TALENT WILL BE NOTIFIED ON 8/31 OF ALL BOOKINGS email picture and resume if you have one along with contact. [email protected] ‪#‎casting‬ Characters: CISCO Male, 20s-30s. Macho Type. Born with a silver spoon, rebellious. Served in the Coast Guard for a few years, dropped out after brush with death. Terrified of dying young. Role requires rear nudity (buttocks). HELEN Female, 20s. Cisco's squeeze. Quick to jump into any situation to mitigate. Wears her heart on her sleeve. The more rational thinker of the group. Role requires topless nudity. MARK Male, 20s. Musician. Must be able to play the guitar. Laid back, mellow, stoner. Popular due to recognition, not talent. Role require rear nudity (buttocks). BETH Female, 20s. Timid. Interested in Mark but unable to showcase her feelings properly. Older sister of Ally, yet isn't in charge. Easily taken advantage of. ALLY Female, 18+. Attached to technology. Airhead/Cheerleader type. Always thinking of a way to mess with her older sister Beth. SERIAL KILLER Male/Female. 30s. Military background, efficient, and wastes little time. Jason meets Punisher. RICARDO Male, 40s-50s. Multi-millionaire. Pretentious. Treats everyone else like dirt, yet can't fend for himself for a minute. Incredibly hot-tempered. RAY Male, 50s-60s. Rich, retired, his life revolves around taking care of his wife Emma. Is a secret stoner. EMMA Female, 50s-60s. Ray's wife. Cancer patient. Terminally ill. as basically given up on life. Synopsis: Five friends, and a wealthy businessman, gather on a dock awaiting a ferry to a private island off the west coast of Florida. They all arrive on the island anticipating a weekend of booze, drugs, and sex. Unbeknownst to anyone, a ruthless serial killer has other plans. Masked, and in camouflage, he systematically picks off every living soul on the island. But in a twist, as the body count rises... so do the dead. To survive, the serial killer must once again hack and slash his way through his victims, and a growing number of zombies, for escape off the island.
Previous articleTBS' 'The Detour' Casting Call for Models, Billionaire Types in Atlanta
Next articleCW's 'Containment' Hospital Scene Casting Call in Atlanta