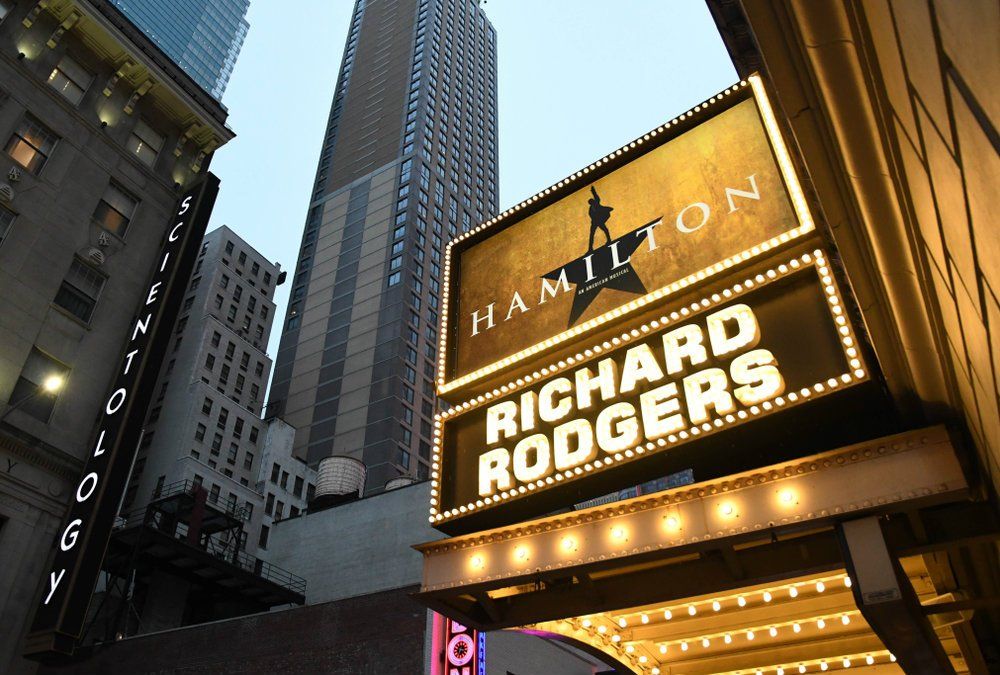 Hamilton: An American Musical is a musical about the life of American Founding Father Alexander Hamilton, with music, lyrics, and a book by Lin-Manuel Miranda. The show features hip-hop music and a diverse cast to re-tell the story of America's founding in a modern way. The critically acclaimed musical has racked up numerous awards, including twelve Tonys, the Pulitzer Prize for drama, and a Grammy.

Hamilton is a rap musical by Lin-Manuel Miranda. The musical centers around the story of American Founding Father Alexander Hamilton. Miranda said he was inspired after reading the 2004 biography Alexander Hamilton by Ron Chernow. The show features heavily from rap, pop, soul, and traditional showtimes. What made the show different lies in the casting, which features non-white actors as the Founding Fathers and other historical figures.

Hamilton received critical acclaim. It premiered Off-Broadway on February 17, 2015, at the Public Theater, with Miranda playing the role of Alexander Hamilton, where its several month-engagement sold out. The musical then moved to the Richard Rodgers Theater on Broadway, opening on August 6, 2015, where it received positive reviews and high box office sales. At the 70th Tony Awards, Hamilton received a record-breaking 16 nominations and 11 awards, including Best Musical. In 2016, it received the Pulitzer Prize for Drama.

To audition for a role in the upcoming Hamilton auditions, check out the casting call breakdown below.

Equity and non-equity performers age 18+ of all ethnicities, all genders, and all bodies, encouraged to submit. We want to see you!

The Son starring Hugh Jackman is now casting a principal speaking role. Casting directors are now casting actors, models, and talent to work on scenes filming this September in the United Kingdom. Producers are looking for the...