Casting directors for the upcoming HBO Miniseries executive produced by Tom Hanks, Brad Pitt and Edward Norton are casting roles in the upcoming production. According to The Hollywood Reporter, Casey Affleck will star in the six-hour miniseries centering around the historical expedition of Lewis and Clark. 'Lewis & Clark' is based on Stephen E. Ambrose's book Undaunted Courage. 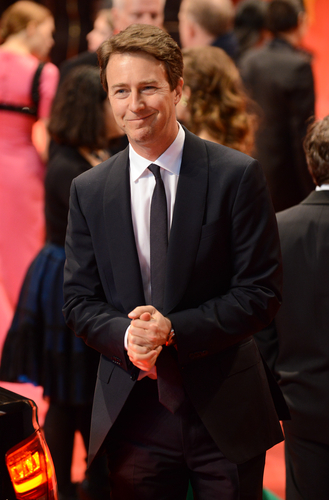 Affleck will star as Meriwether Lewis in the story of America's first contact with the land and the native tribes of the country west of the Mississippi River. The drama tells the epic journey of the Corps of Discovery and its captains, Meriwether Lewis and William Clark, as they traverse uncharted territory on a mission to deliver President Jefferson's message of sovereignty and search for the fabled all-water route to the Pacific. [Source]

The new miniseries will focus on the achievements of Lewis and Clark as well as the physical and emotional toll it takes with them. The new series will be produced by Tom Hank's Playtone production, Plan B's Brad Pitt and Edward Norton's Class 5's production company. Casting directors are holding open casting calls for extras and small roles.  Casting directors are seeking Native American individuals of all ages who are familiar with several Native American languages (Shoshone, Nez Perce, Mandan, Hidatsa, Arikara, Blackfeet, Chinook, Clatsop, Walla Walla, Sioux and Shawnee). To audition for a role check out the casting call details below:

This is open casting call is for EXTRAS only. Do not attend, unless you are interested in an EXTRA role.

Shooting will take place in southern

Discuss this story with fellow Project Casting fans on Facebook. On Twitter, follow us at @projectcasting.
Previous articleHBO 'Looking' Season 2 is Casting Hipsters in San Francisco
Next articleHBO Miniseries 'Show Me a Hero' Casting Call for Babies in NYC