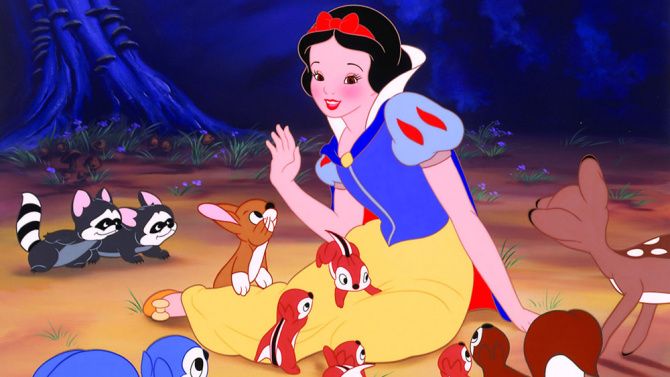 Disney's Snow White is being turned into a live-action feature film.

According to The Hollywood Reporter, Disney is currently developing a live-action version of the critically acclaimed Disney movie Snow White.  The movie will be written by Erin Cressida Wilson, who recently wrote the movie version of The Girl in the Train. The new Snow White movie will expand upon the story and music from the original animated movie. Marc Platt, who also is working with Disney on Mary Poppins Returns, is attached to produce. Disney's original Snow White animated classic movie Snow White and the Seven Dwarfs came out nearly 80 years ago. Based on the fairy tale, Snow White was Disney's first animated feature film and a massive success. Disney is ramping up production on all of their classic animated movies and turning them into live-action feature films. Disney has released Maleficent, The Jungle Book and Cinderella feature films and is currently working on a live action Lion King, Mulan and Beauty and the Beast movie. What do you think? Discuss this story with fellow Project Casting fans on Facebook. On Twitter, follow us at @projectcasting.
Previous article'Chicago Justice' Chicago Casting Call for Police Officers
Next articleThe Rock Dresses as Pikachu for Halloween and It's Amazing